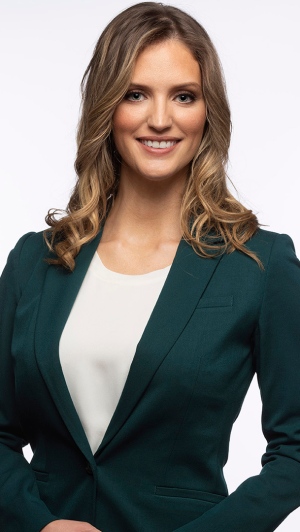 She has a passion for journalism and is thrilled to be back in the nation’s capital, where she graduated with high honours from Carleton University, completing a Bachelor of Journalism with a double major in law.

Natalie launched her career in September 2013 as an assignment desk coordinator, editorial assistant, and online writer for Global News Toronto. While in Toronto, she produced federal election and Pan Am games coverage. She later joined CTV News in February 2016, reporting for CTV Northern Ontario in Timmins and North Bay, which included on-the-ground coverage of the Attawapiskat suicide crisis.

Most recently, Natalie was a videographer for CTV Kitchener. She contributed to award-winning team coverage of a Kitchener house explosion and was nominated for an RTDNA for her behind-the-scenes look of the Cambridge ICU during the pandemic.

Natalie was born and raised in Pickering, Ont. She has a passion for travel and lived in Kigali, Rwanda for three months during a reporting internship. When she’s not working, Natalie loves hiking, being outdoors, and volunteering.