Abandoned building in Ashton Station goes up in flames 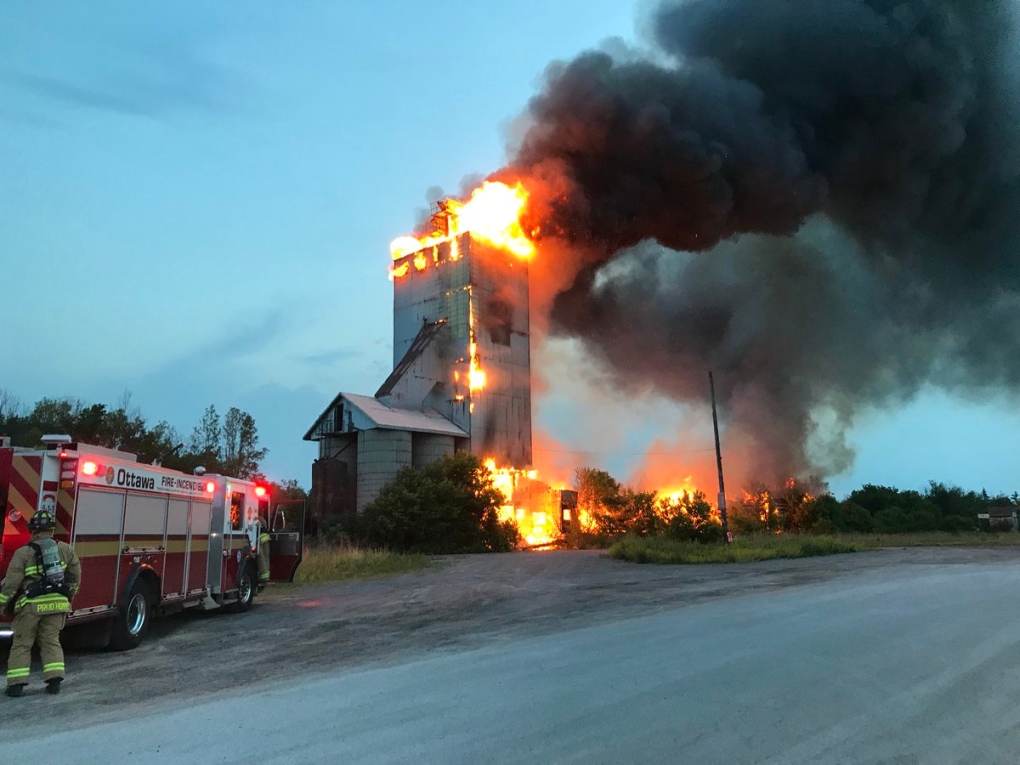 Ottawa Firefighters are on scene of a blaze in a silo at what’s being described as an abandoned agricultural facility in Ashton Station.

Firefighters were called to the area just before 6:00 a.m. Monday.

The building stands just off of Highway 7 on Ashton Station Road.

The fire was declared under control at around 6:51 a.m. The silo was destroyed.

Working fire on Ashton Station Rd is under control. Crews still on scene overhauling. Heavy equipment has been dispatched to assist with suppression. @OttFire @OttawaFirePIO pic.twitter.com/7wL3MEFElm

The Ottawa Police Arson Unit has been called in to investigate. They're referring to the fire as suspicious.

A small stretch of Ashton Station Road is closed for the investigation. Ottawa Police say the closure does not affect Highway 7.