A South Mountain man's pandemic success story is in the sauce

SOUTH MOUNTAIN, ONT. -- Ben Macpherson had the idea for a while, and the COVID-19 pandemic helped put his small batch BBQ sauce business into motion.

"My passion has always been cooking, so it gave me time to tweak some sauces I had put together previously and refine them, and then I just went for it," Macpherson said.

The father of two from South Mountain, south of Ottawa, quit his job right before the pandemic began and was looking for something to do.

So, the former restaurant kitchen worker got out his recipe book and fired up his homemade barbecue sauces he had fiddled around with before.

"I tested it on friends, even some new ones I had developed during the time off and I gave out samples for friends to try out," Macpherson said.

"They were honest to help really refine it and ya, they were thrilled with the flavour so it helped to have that confidence."

Now every weekend you will find him at Cup of Jo’s kitchen in Winchester, bottling his four kinds of sauce, thanks to the help of high school friend Jo-Ann Houle.

"Jo-Ann and I went to high school together and I know she had been running this restaurant, so I approached her and asked her if there would be an opportunity to use her kitchens on the weekend," said Macpherson.

With Houle’s restaurant closed to the public, she started offering take-and-bake meals, which meant her kitchen was available.

"It is super close for him and needed a kitchen that was accessible for a commercial business, so it just made sense," Houle said.

"He’s a great guy with a great product, so I love to support somebody local and he’s got an amazing product behind him," said Houle.

"Small businesses definitely need to stick together. You can reach more people sticking together than you can trying to do it on your own." 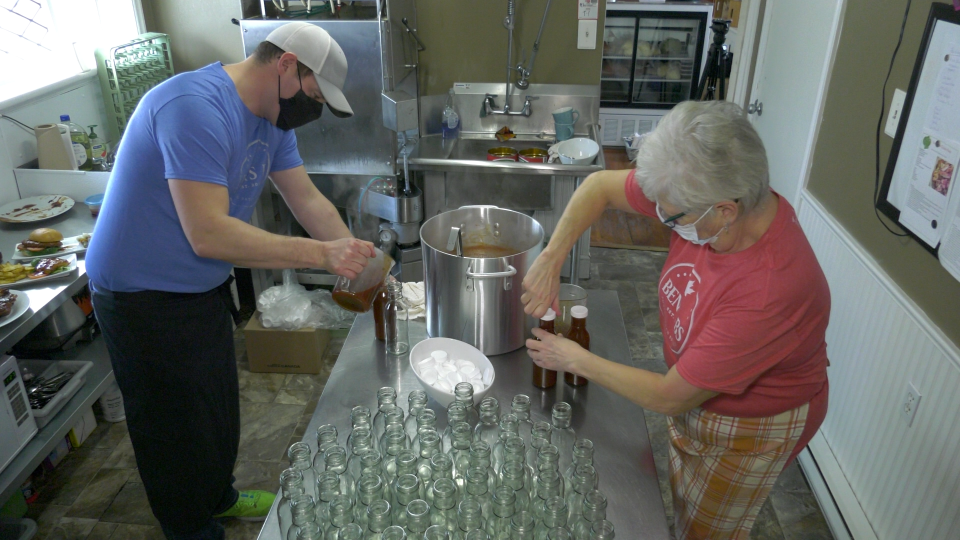 Macpherson discussed the business with his wife back in the fall and she told him to go for it.

"It was a low overhead opportunity where if I invest in it, I’m not going to lose a ton of money if it doesn’t pan out," said Macpherson. "But with the feedback I got from friends there was a lot of confidence that there was at least something here."

Now, he is just trying to keep up with the demand, having sold more than 1,200 bottles since November. His mother Heather has been helping in the kitchen on weekends.

"He’s doing great. We’re really proud of him," she said, stirring a new batch of sauce on the stovetop.

"People love it," Macpherson said. "I haven't had anything but positive feedback and a lot of people reordering already and telling their friends and sharing it anywhere they can."

"It’s not an overwhelming root beer flavour and the spices that I've got in with it really complement it and people really seem to enjoy it when they give it a shot," Macpherson said.

Stocked on the shelves locally in Winchester, Morrisburg and Kemptville, the sauces can also be found online at mylocalmarkets.ca.

Other businesses have reached out asking for sauces to stock and Macpherson is trying to accommodate them. 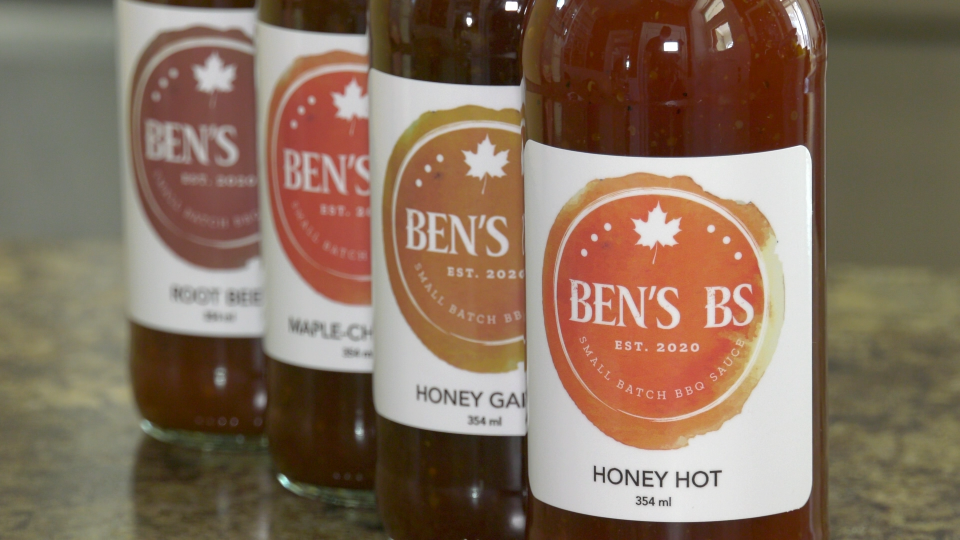 An eight-month love of labour has led Macpherson to not only a new business, but also a new mindset.

"Just to kind of bet on yourself and if you have an idea and you believe in it then to put that idea in motion, good things will happen," Macpherson said, adding he’s thankful for all the support.

"The success I’ve had so far, a big thank you to the people that know me and people locally that are supporting the small businesses during these times and helping people to be successful in other avenues,” he said.

"And I couldn’t say anything without saying thanks to my wife, who has been the biggest supporter of all this.”

Ben Macpherson can be reached through his Instagram page @bens_quality_bs or email at macphersonben@gmail.com