A snapshot of the changing world of real estate

Real estate prices and the stratospheric sales that have dominated conversations and newscasts for the past two years are definitely slowing down.

Higher interest rates are definitely a factor contributing to the cooling off, says Bennett.

The low rates created the wild ride for home buyers and those in the industry.

“In the last two months, we have seen so many changes in the overall market. Consumers are overwhelmed and trying to navigate through all the new rules.”

Bennett says the increase in interest rates has eliminated many buyers, especially with another rate increase coming on June 1.

For every one per cent increase in rates, a buyer loses ten per cent buying power.

Bennett, who has been in the real estate business for more than four decades, thinks back to a dramatic time.

Bennett looks to the Toronto market for an overall picture.

“In Toronto, the largest real estate market in Canada, sales were down 41 per cent year-over-year.

“The sales price for homes in Toronto, as compared to March 2022 for the first time homes prices, were down by nine per cent in Toronto and, in the GTA, approximately seven to eight per cent.” 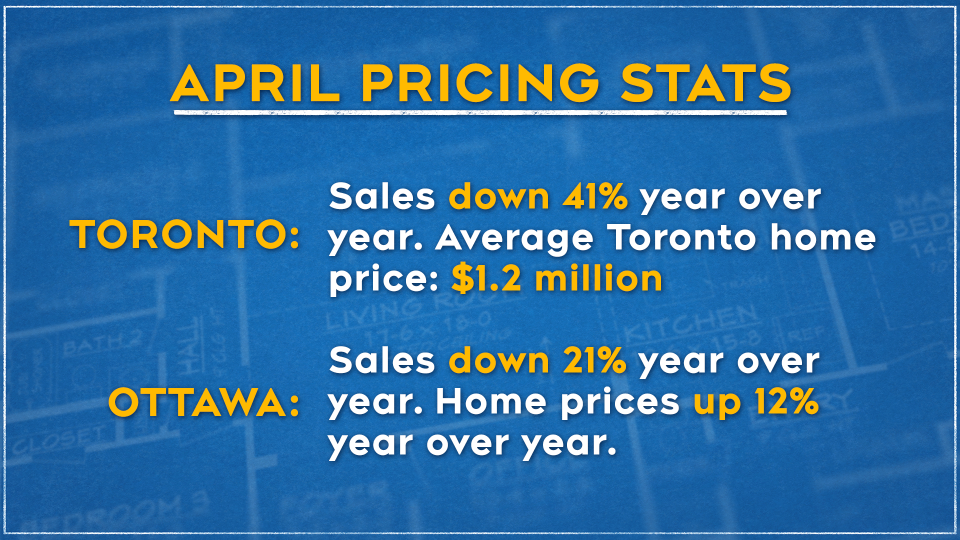 Bennett explores whether this is a trend or an aberration.

“Average Toronto home prices in March 2022 were $1.3 million. They dropped in April to $1.2 million for the average home,” Bennett says.

“The housing market has been a major focus of the federal government and provincial governments over the last few months. Canada has a severe shortage of homes; approximately 3 million are needed.”

Bennett examines what is happening: 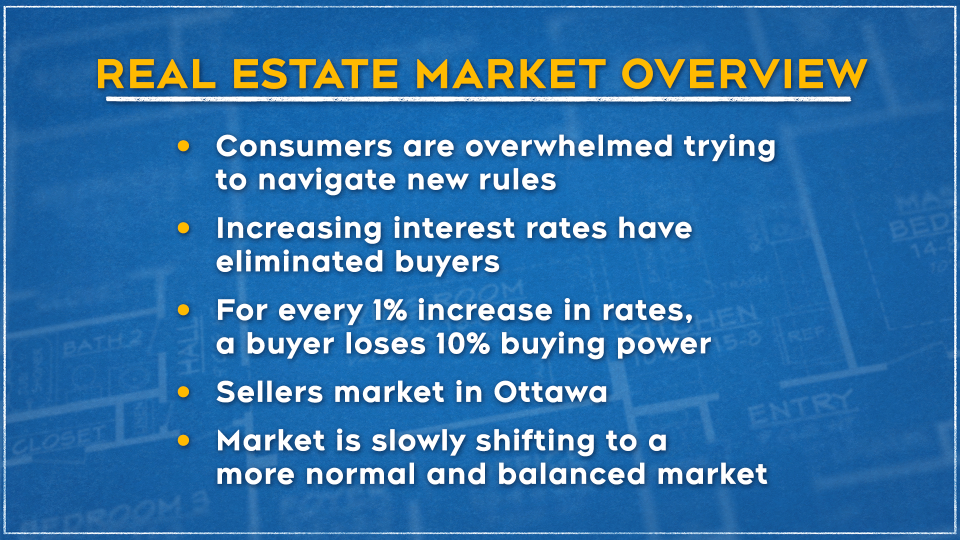 What is happening in Ottawa? 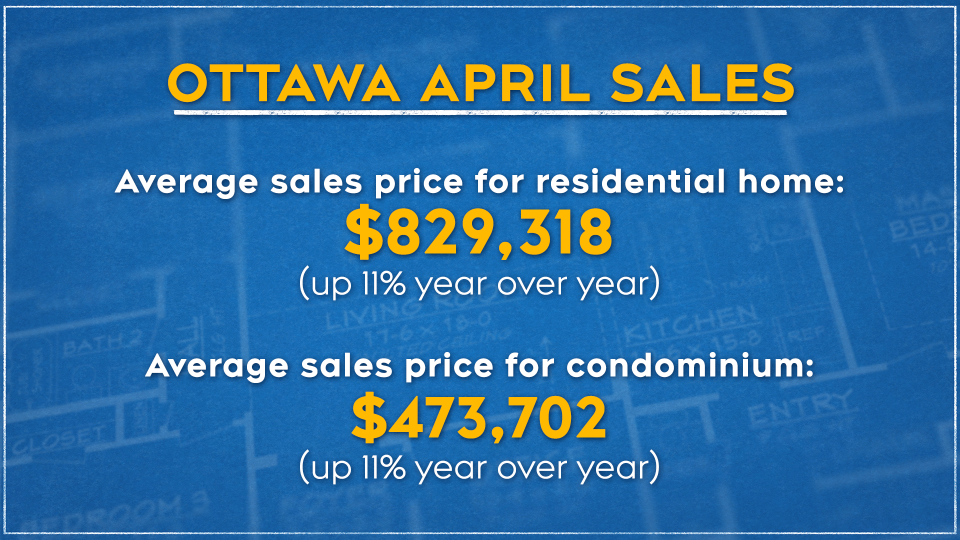 Bennett concludes, in a segment on CTV News at Noon, that it is still a seller’s market.

There is just over a month’s supply of inventory for sale in Ottawa.

Bennett says sellers will have less qualified buyers to sell to and there will be few offers and fewer multiple offers.

“There will be conditional sales, and for less than asking, but homes that are updated and well-maintained will sell for more than asking.

“The market is slowly shifting to a more normal and balanced market.”