A Runner's Racing Heart: Danny Pak gives back to the University of Ottawa Heart Institute by taking part in vital research studies

OTTAWA -- For years now, Danny Pak has been on the move.

"If I’m not out running, or doing something that’s active, that just not me," said the 52-year-old.

The quarter-century-IT-professional with the federal government remembers when his doctor told him his blood pressure was a little high.

"That’s when I got more into running and competing in some races and stuff," Pak said.

Pak became a passionate participant in races—a member of Run Ottawa and a supporter of race weekend in Ottawa.  However, when his blood pressure continued to be an issue, his doctor sent Pak to the University of Ottawa Heart Institute (UOHI) for a treadmill stress test.

"It’s like one of those journeys I could never forget," said Pak.

At the UOHI, he would learn his hypertension was likely a precursor to a more serious condition.

"The tech on the treadmill was monitoring me, increasing the speed, increasing the ramp.  And about six minutes into it, he said, 'No, I think I’m going to pull you off now.' I said ‘No, I think I can still go,'" said Pak. "He said 'No, we’ll pull you off because I’m seeing something.  Have you ever heard of Afib?’  I said 'what’s that? Is it good or is that bad?'" 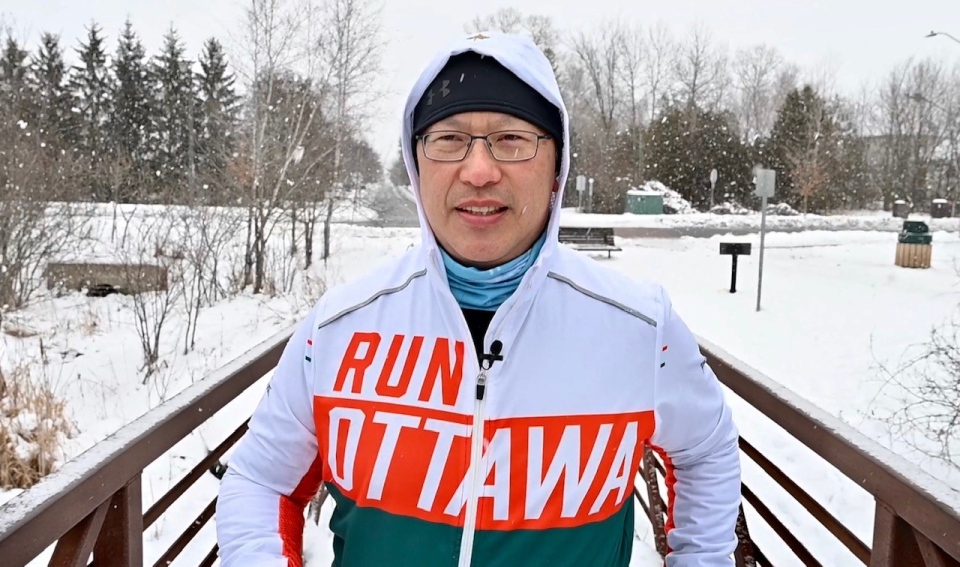 Pak had atrial fibrillation; an abnormal heart rhythm characterized by rapid, or irregular beating.  It occurs when the two upper chambers of the heart experience chaotic electrical signals, causing it to race.

"When they first told me, I was floored.  When they told me, I could have a stroke that did not compute in my brain.  Like, to me, people who have strokes are usually a lot older than me."

Pak would be treated with medication, but within months he would have a procedure known as an ablation.

"One of the nurses described it saying they basically go in and 'barbecue the heart.' They use intense heat to deaden the nerves so that the signals wouldn’t interfere with my heart rate.:

For a year now, Pak has had a normal heart rhythm.  He’s working, running and able to be an active and engaged husband and dad.  He’s also participating in two separate studies with the University of Ottawa Heart Institute, helping researchers learn more about his condition and how to treat it.

Pak’s raising money for 'Team Heart', posting about his journey on social media (@ottpak), educating and inspiring others along the way.

"I’m just hoping to pay it back. Maybe it’s the reason I’m here.  If I can use a platform like social media to get it out there, the Heart Institute is there for you.  Don’t discount your health.  If you feel like you’re not feeling right, go get yourself checked out."

Your donations can have a lasting impact on research and patient care, to help people, like Dan.  There are many ways to support the University of Ottawa Heart Institute during February, including participating in Hunt for Hearts—its first-ever online, outdoor Scavenger Hunt powered by Ottawa’s own Escape Manor. You can find out more at februaryisheartmonth.ca