'A plan to get you out of traffic': McKenney says transportation plan will ease traffic on Ottawa roads

'A plan to get you out of traffic': McKenney says transportation plan will ease traffic on Ottawa roads 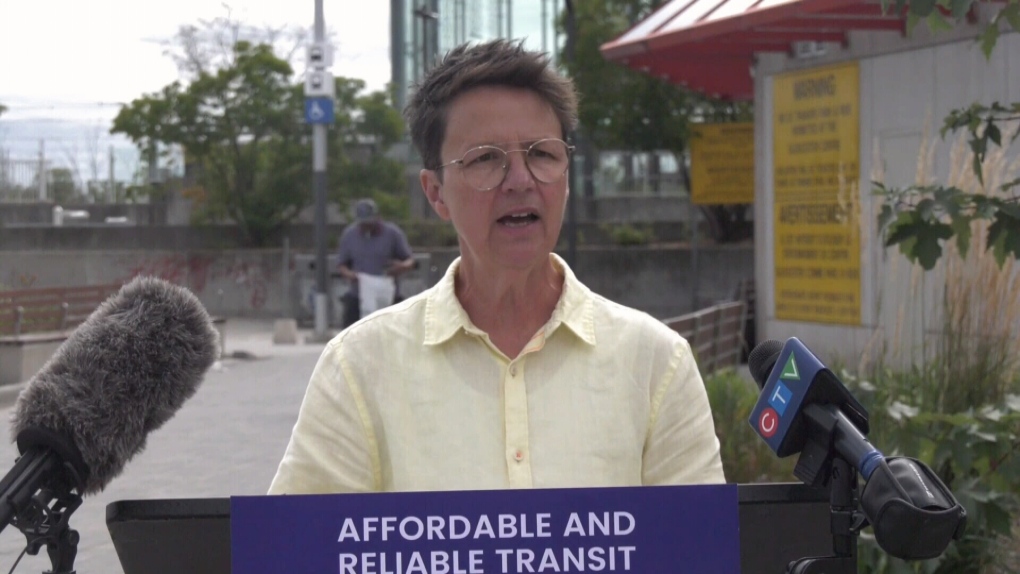 A five-kilometre section of the Queensway is closed for the replacement of the Rochester Street Bridge this weekend, causing traffic delays on Carling Avenue, Baseline Road, Hunt Club Road, Catherine Street and other roads across the city.

"The plan today that I revealed really is a plan for everyone," McKenney told CTV News Ottawa shortly after unveiling their commitment to ease traffic, shorten commute times and lower emissions.

In a media release, McKenney said the shutdown of Hwy. 417 for construction and the domino effect on the roads is a reminder of "why diverse options for getting around save us time and stress."

The campaign says McKenney's transportation plan will make transit "more reliable and affordable", while their plan for safe cycling and building new cycling infrastructure will "free up our roads and make it easier for more people to cycle" if they are moving around the city of Ottawa.

"Anytime you put more people on transit, of course, you take them out of cars, so that opens up space on our roadways," McKenney said Saturday afternoon.

"Certainly, anytime you put in cycling infrastructure it's also an opportunity to make the roadway better, the surface of roadway better - just a little bit more than filling potholes. It really does work towards getting people out of traffic, making sure the roadway is safe and available for everyone."

While McKenney's transportation plan includes new cycling lanes, they say they will make sure Ottawa's current roads are fixed for all transportation options.

"I would suggest that people want the roads they've already paid for to be fixed. The biggest complaint that I hear from people is that the state of the roads, so fix the roads that we have before we widen more," McKenney said.

McKenney is scheduled to release the full campaign financial plan on Thursday. The two-term councillor has said the financial plan will include a three per cent property tax cap.

Mayoral candidate Mark Sutcliffe has pledged to spend an additional $100 million over four years to repair and clear snow from Ottawa's roads and multi-use pathways.

Sutcliffe promised a "balanced approach" to transportation. Sutcliffe is also promising a web-based "pothole-line" where residents can report potholes, and is proposing to double city councillors’ traffic calming budgets to $100,000 per ward.

The former broadcaster and entrepreneur is also scheduled to release their campaign financial plan next week.

Bob Chiarelli, another mayoral candidate, has pledged that no new construction projects would start in his first year in office. The former mayor's campaign website says the savings would be spent on the "deplorable condition" of the existing roads.

"By cancelling planned road projects, such as the twinning of the Airport Parkway and the Alta Vista Parkway, it will free up money to address the crumbling road system," Chiarelli says on his website.

"It makes no sense to prioritize new road infrastructure when we are investing billions into LRT and targeting net zero GHG emissions."