A petition for para equestrians: A 16-year-old's push for inclusion

If courage, grit and optimism were to choose an ally, they’d likely pick Jack Goldberg.

“I’m so grateful for that, given his situation.”

When Jack was in his mother’s womb, he had a stroke. At 10 months of age, he was diagnosed with cerebral palsy. He also lives with epilepsy, scoliosis, and hemiplegia—a paralysis on one side of the body.

As a result, Jack has limited strength and mobility on his right side, has had grand mal seizures, and a host of physical challenges.

Despite that reality, Jack has been unrelenting in the pursuit of his dreams.

“I think what’s important is to keep telling yourself that you can, and to be a very perseverant person,” said Goldberg.

Jack demonstrates his perseverance in the saddle at Millar Brooke Farm in Perth, where he and his horse are hurdling over a series of towering obstacles. 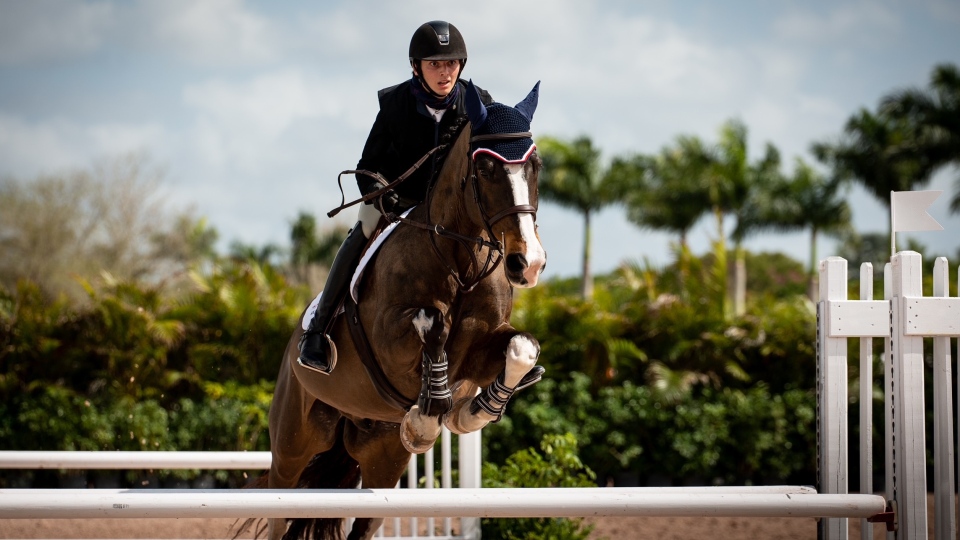 “Jack is a better rider than a lot of people I have coached in my life,” said Amy Millar.

Amy and Ian Millar, Olympians and Canadian equestrian royalty, have been coaching Jack for more than a year now.

“He never gives up and he works like crazy,” said Ian Millar.

Jack was just six years old when he started riding with the support, guidance and encouragement of his first long-time coach and equestrian, Taylor Brooks.

“As soon as you get on the horse, all aspects of your world, except for riding, just kind of shut out,” he said. 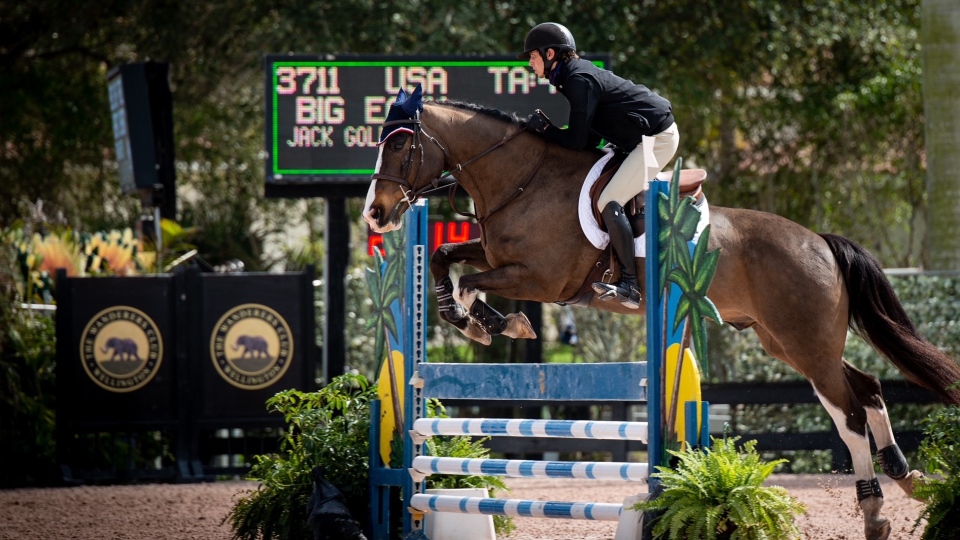 A few years in, Jack started competing on the horse circuit and winning.

“I went to the Provincials at the age of 11 and won that against fully able-bodied people. I got all top ten positions and ended being the overall champion,” he said

He now trains and rides internationally in Florida and Kentucky; his coaches impressed by his skills and natural horsemanship.

“It’s a great gift for the rider to have when they can get horses to like them. Horses naturally like Jack, and that’s why they perform for him,” said Ian Millar.

He’s so solid so secure, he knows what he’s doing, his timing is right, his balance is impeccable, it’s great to watch.”

“Just because he doesn’t have complete mobility over his right leg and right hand,he is still better at it than a lot of people at the horseshow,” said coach, Amy Millar.

And that’s why Jack believes he and other talented para equestrians should be able to showcase their show jumping skills at the highest levels possible.

Jack has started a petition to have para show jumping instated as its own sport in Canada and the US, and to have it become an official sport of the Paralympic Games.

“To have it in the Paralympics and give people with disabilities and Para athletes the opportunity to do what they love would just be an amazing thing for everyone,” said Goldberg with a smile.

The petition urges equestrians everywhere to get behind his initiative. In a statement on his change.org page, Jack writes:

Para equestrians and equestrians are advocating for Jack’s cause. Coaches, like Amy Millar, believe horses, riding and show jumping would greatly benefit many in the para equestrian community.

“As to why this is such a good thing for someone like Jack and why this needs to be accessible to so many more people is because riding horses is good for you. It’s good for your soul, it’s good for your body, it makes us all better people to interact with these wonderful, kind animals,” said Millar.

“So, I think what Jack’s doing to get this movement going is unbelievable because it will make so many more people happy. It’s safe, it’s good for them and they should have a chance at Paralympic show jumping,” she said.

“You see it and you want to support it.”

“The answer as to why it should be there is because they’re already competing,” said Whitney Fox.

“Jack and others like him are already out show jumping.”

“I think everyone deserves the same chance regardless if they have disabilities or not,” he said.

“I really hope I can achieve my goals and that people will support me along this journey.”

“He’s committed to this and my experience with Jack is once he sets his mind to something, he sticks with it. So, yes it might be the case that the world is going to hear a little more from Jack on this,” said Dan Goldberg.

“I believe Jack can do pretty much anything he wants to do on the back of a horse,” said Ian Millar.

Jack’s mom, Whitney, is perhaps most proud of her son because the petition is fueled by a desire to create change for others.

“It’s not just about him, or for him. It’s about all the people like him. And that makes me really proud.”

She hopes the world sees her son’s gifts, as she does.

“Every mom of a disabled kid knows that their kid is important and special. They already know that, but they want the rest of the world to know it, too,” she said.

Knowing Jack Goldberg, they will.