A peek inside the nasty fight over LRT at Ottawa City Hall: 'Stop playing games', 'Your behaviour is outrageous': 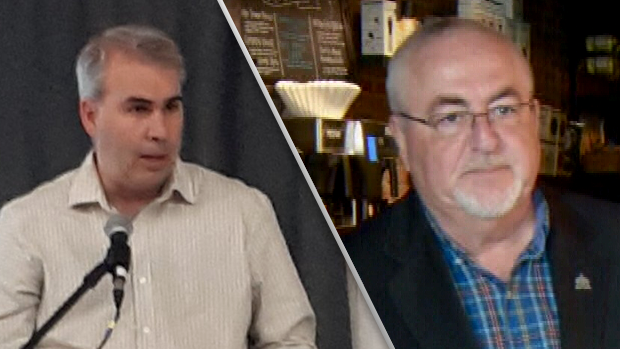 One Ottawa city councillor says he had to wage a “two day email battle” just to get the issue of the LRT on the agenda at Transit Commission.

River Ward Councillor Riley Brockington released a tense email exchange between members of the commission, as he tried to change the agenda for the November 20th meeting.

Brockington says he released it to the media to make the point that there is not enough transparency and candor on the most important issue facing the city in decades.

“Our city’s public transit system is in a crisis…your behaviour is outrageous”, Brockington writes to Allan Hubley, Chair of the Transit Commission.

Brockington says Hubley has been trying to silence dissent on the contentious file, something Hubley vehemently denies.

“We’re getting our updates from the media. This is the hottest file”, Brockington said later. “I’m not here to fight with my colleagues. I’m just shocked it was it was not on the agenda.”

Not avoiding the issue

For his part, Hubley wrote that he was not attempting to avoid the issue, suggesting Brockington was manipulating his words.

“Riley I said ‘there will be more updates on LRT in November’ how you can twist that into a denial of providing an update is interesting”, wrote Hubley.

"I had said in writing two weeks ago it will be on every agenda until things calm down," Hubley wrote to CTV Ottawa later. "I am focussed on buses and trains and can't believe his claim that our riders are asking him in large numbers to move this to an agenda item". Hubley says it has already been a large part of Transit Commission's business, and that will continue until the situation stabilizes.

One of the consistent criticisms of Ottawa’s much maligned LRT, has been the lack of communication with the public and city councillors on the project, especially when it comes to its serious shortcomings..

The problems with LRT will be discussed at the upcoming meeting, and Brockington wants to make sure the issue is included in every meeting.

I will have more to say about this at a later time. Suffice it to say, I am glad @RiverWardRiley spoke up. https://t.co/M0wlxx1AUx