A mother, having life-threatening allergic reaction, hesitates to use her son's EpiPen because of shortage 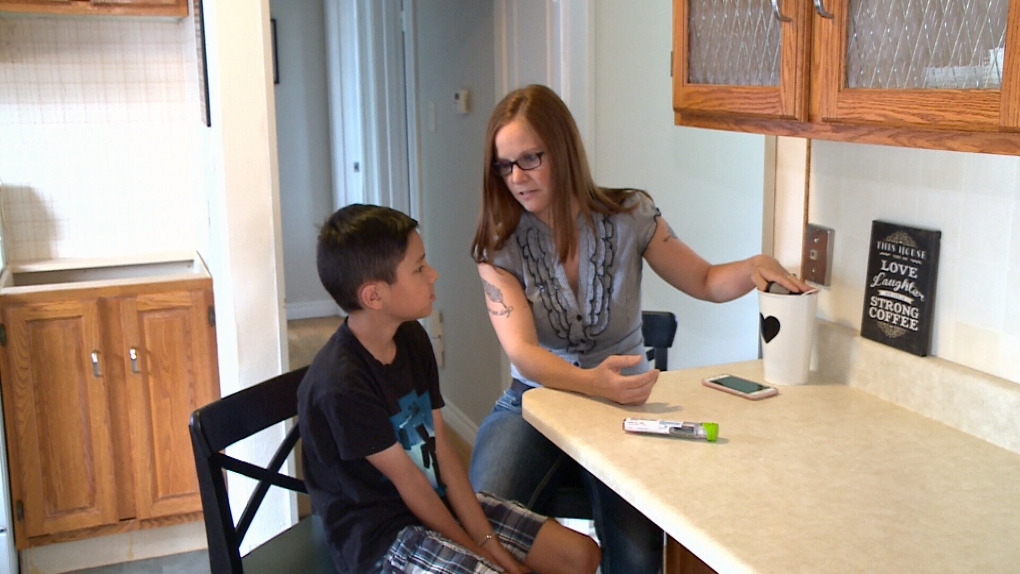 A nation-wide shortage of EpiPens is creating deadly dilemmas for some parents.

A Prescott mother struggled with using her son's only EpiPen with she unexpectedly went into anaphylactic shock; a decision which nearly cost her her life. For years, Michelle Nel has advocated for her son, who has multiple life-threatening allergies.

But she never expected the roles to reverse where her son would watch her struggle to breathe while she debated using his medication to save herself.

At their Prescott home, there’s a well-worn routine in their house.  The EpiPens always go on the kitchen counter, ready to use in the case of an emergency.

It's 10 year old Nolan who has had the emergencies in the past, starting when he was 6 months old.  He has anaphylactic allergies to many foods, from peanuts to soy to legumes.

The Epipen is a life-saving medication for people like him; a medication that's in critical short supply across Canada and the U.S.

"With a limited supply of EpiPens,” says Nel, “I feel like this is a tragedy waiting to happen.”

So, when Nel was stung by wasps a few days ago, she recognized the tell-tale signs of anaphylaxis in herself, despite the fact she never knew she had allergies.

“It had gone to being light-headed and my throat was tightening up significantly,” she recalls.

But she couldn't bring herself to use her son's only EpiPen.

“It wasn't until I thought I was going to pass out,” says Nel, “that I thought I have to take care of myself to help the two kids in house. So, I gave myself my son's EpiPen.”

“In the United States, Mylan, which is the pharmaceutical company that owns EpiPen, says it's come up with a solution to the shortage, by extending the expiration on some of its products, so the 20 month shelf life now becomes 24.

That helps in the short term, but only if people have EpiPens.

At Pharmacie Brisson in downtown Ottawa pharmacy, there are no adult EpiPens left and only 2 junior doses. Pharmacist Sara Azad says they also have a waiting list but she believes that could soon change.

“We contacted Pfizer,” says Azad, “and the good news is that by early next week, the end of August, the product should become available again.”

Pfizer Canada said a supply of EpiPens should reach pharmacists by the end of the week.

In a statement, it said, "We continue to work towards ensuring consistent supply and additional stock is expected to be released to the Canadian market in the coming weeks. During this time of supply constraint, inventory will continue to be managed through measured national allocation."

Michelle Nel isn't sure what that means but won't rest until pharmacies are fully stocked in Canada with this life-saving medication.

“It's unacceptable and it's appalling,” she says.

There's also a lot of confusion out there; why expiry dates on EpiPens are nowflexible and what parents are supposed to do for their kids when school starts in a week or so.