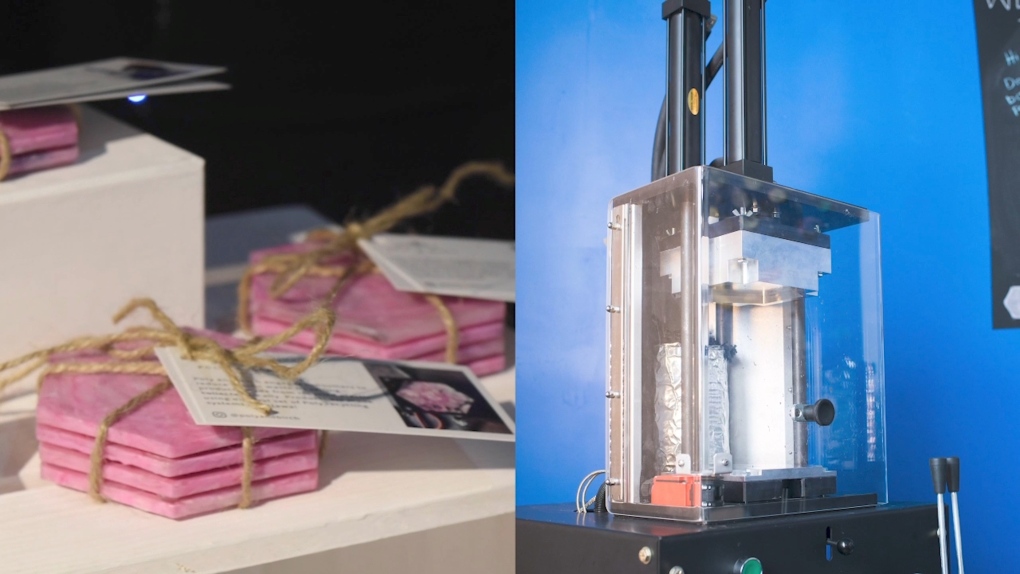 Whether it is at the grocery store or at the fast food restaurant, there is a rush on to curb the use of plastic. Especially since most plastic packaging is only used once.

The Poly Project is a plastic recycling system designed by University of Ottawa students, through a competition driven by Enactus.

"We have two machines. We have a shredder and an injection moulder," says Thuy-Vi Ha, Poly Project co-manager. "So the shredder essentially takes plastic and it breaks stuff into a bunch of small little pieces. And then from there we put it into our injection moulder where it gets melted down to make new products."

"Enactus is a club run by various university campuses across the world, and we’re fortunate to have one here at the University of Ottawa," says Jennifer Kerwin, Poly Project co-manager.

If the Poly team wins the national competition, the next step is a world cup in Puerto Rico at the end of October.

But it’s not just about the awards for these students.

"We think that we can make an even bigger impact and make a more immediate impact within in our community," Ha says. "That’s why we started all these projects, so we could help out our community a lot more."