A Groundhog Day basement makeover: A Place To Stay Until The End of Winter

Schubenacadie Sam and Wiarton Willie both promise we will be out of our burrows early.

That’s great news for those who feel they have been living “Groundhog Day” for almost eleven months.

Award-winning builder, renovator and regular contributor to CTV Ottawa’s News at Noon, Steve Barkhouse of Amsted Design-Build has suggestions for those who would like to continue to dig-in.

He shares an incredible, pre-pandemic basement renovation that fulfills the needs for a home office, home exercise, and home entertainment.

“This is your standard builder-grade home. You can see the steel beams, the ductwork, the posts (always in the place you least want them) the concrete floor, the exposed insulation, it’s a standard basement that most people would find when they go downstairs.”

The Amsted makeover changes all of that.

Barkhouse on Making Your Basement Beautiful

Barkhouse describes the transformation at the stairs.

“We took out the structural beams and the ductwork we saw in the pictures. Those load-bearing walls, opened it right up, put in new treads. We added a glass railing right at the bottom of the stairs.” 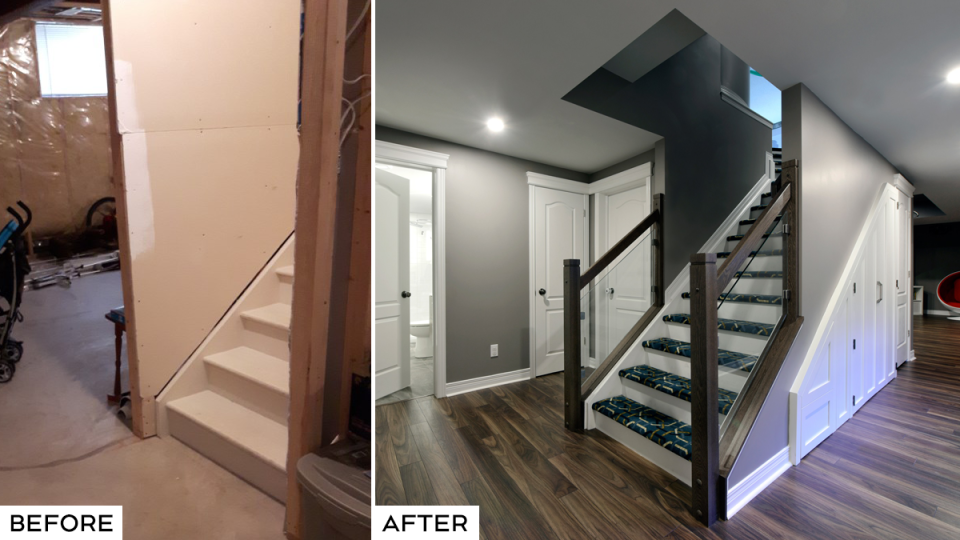 “We made it welcoming. And under the stairs there’s room for a home office.”

“We always talk about a “found space” and we’re always looking for those opportunities in a home.”

“Under the stairs, people normally have it blocked off, used for storage, but we opened it right up in this case,” explains Barkhouse. 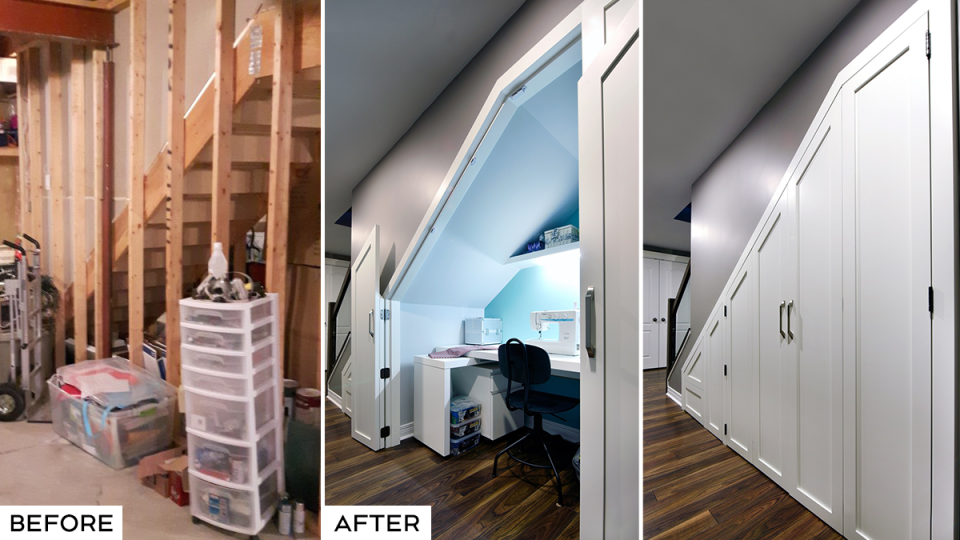 “The homeowners went with a sewing room. It’s open to the rest of the space so it feels very large.”

Barkhouse highlights the beautiful doors that close it off to hide any clutter or projects.

“At the end of the day, when you’re done sewing, or it could be a workstation, or an office, you just close those doors and everything is tucked away. The clutter is gone and you can see it’s very aesthetically pleasing.”

The Amsted team approached the gym the same way with doors that both open up and close off the space.

“Everything fits in perfectly. The rubber mat and floor ceiling fan. We take advantage of some natural light.”

When working out, you can focus outside of the smaller room, facing the large screen television.

Barkhouse says lighting is key in this basement reno.

“It’s just a screen on the wall that we framed it out so it looks like it’s built in.” 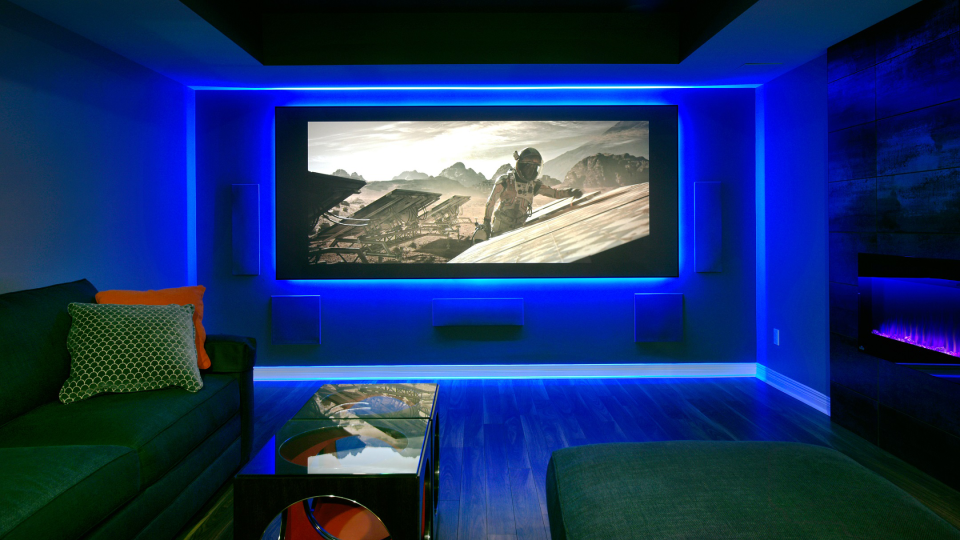 “We have soundproofing. Two layers of insulated drywall in the ceiling, and insulation all in around the ducts, that keeps all of the sound in that room- where you want it.”

“Our renovations for a basement are going anywhere from $50,000 to $150,000. It depends on how many rooms and depends on if you have a washroom; or whether or not a washroom is roughed in.”