It has been on her bucket list for years.

Sheila Hare, 85, of Ottawa was excited to see a Formula 1 race.  She had watched them on TV, of course, but never in person.

So Sheila’s children decided to make that happen.

"I didn’t know anything about it until my children presented me with tickets to go the Grand Prix in Montreal for my 85th birthday," said a jubilant Hare.

"The three of us went and it was just an incredible experience."

Hare and two of her children, Kathy and Jonathan, joined more than 100,000 others in Montreal to take in the spectacle.  Hare assumed she would be seated high in the bleachers, far from the track.

But her children ensured she had a perfect vantage point.

"Oh my, we were four rows from the track.  I just couldn’t believe it," said a smiling Hare.

"The speed.  The atmosphere. The noise.  It was really exciting. On the television, you do not get an inkling of how fast those cars go," she said.

Hare marvelled at the drivers’ abilities to navigate the twists and turns of the track.

"They were slowing down from 300 km per hour to 60 km per hour to get around the hair-pin bends, and then they took off like bats out of hell.  I’ve never seen anything like it," she said.

Periods of wet and windy weather didn’t spoil Hare’s fun, but added to it.

"The cars went straight past us, the spray went up, the wind blew and we got wet.  It was wonderful," she laughed.

Hare welcomed the weekend’s fun and adventures.  For several years, life has not always had a great deal of either. 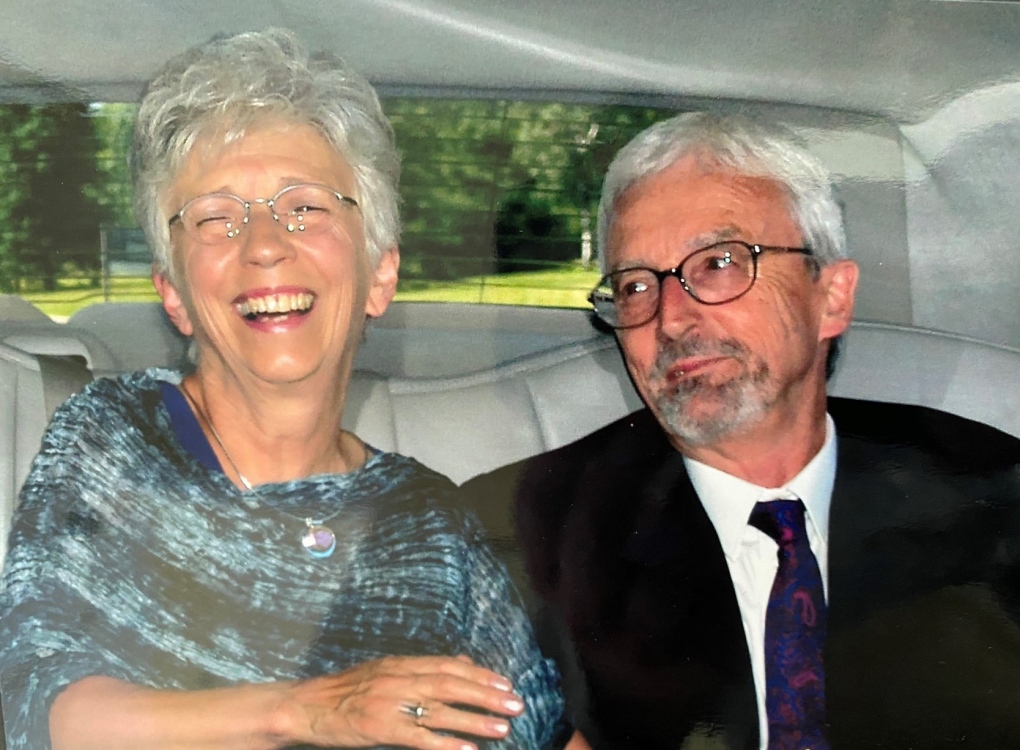 Sheila Hare with her late husband, Gerald. Gerald passed away the day before the couple was to celebrate their 61st wedding anniversary. (Provided)

Hare’s husband Gerald, with whom she lived at the Westboro Amica Senior’s residence, had been unwell for some time.  Arthritis, prostate cancer, Alzheimer’s, and the pandemic limited mobility and their opportunities to enjoy life as they had hoped.

"He was marvellous.  He never complained.  I don’t know how he did it. But the final thing he had was a fall. He broke his hip which seems to be the death knell for so many people," she said.

"He died the day before our 61st wedding anniversary," said Hare.

Gerald and Sheila Hare came to Ottawa from England in 1967.  They planned to stay for two years, but never left.

"We just loved it here.  Everyone was so friendly.  It’s a beautiful country," she said.

Gerald, a physicist and marathon runner, worked for Atomic Energy Canada.  When her children were older, Sheila worked at the Kidney Foundation of Canada for 25 years. Eventually, they would move from their family home to Amica in Westboro.

Though staff and friends at Amica "have been wonderful and supportive", Hare said the pain of Gerald’s passing is, at times, undeniable.

"That’s his chair," she said, pointing to a recliner in the corner.

"I can read something in the paper and I’ll say, 'that’s interesting’ and I turn to tell him and he’s not there," she said, her voice breaking.

"I look around Amica and so many women have lost husbands.  They’ve all been what I’ve been through, and they’ve all survived.  But there are days when you do feel you’re the only one." 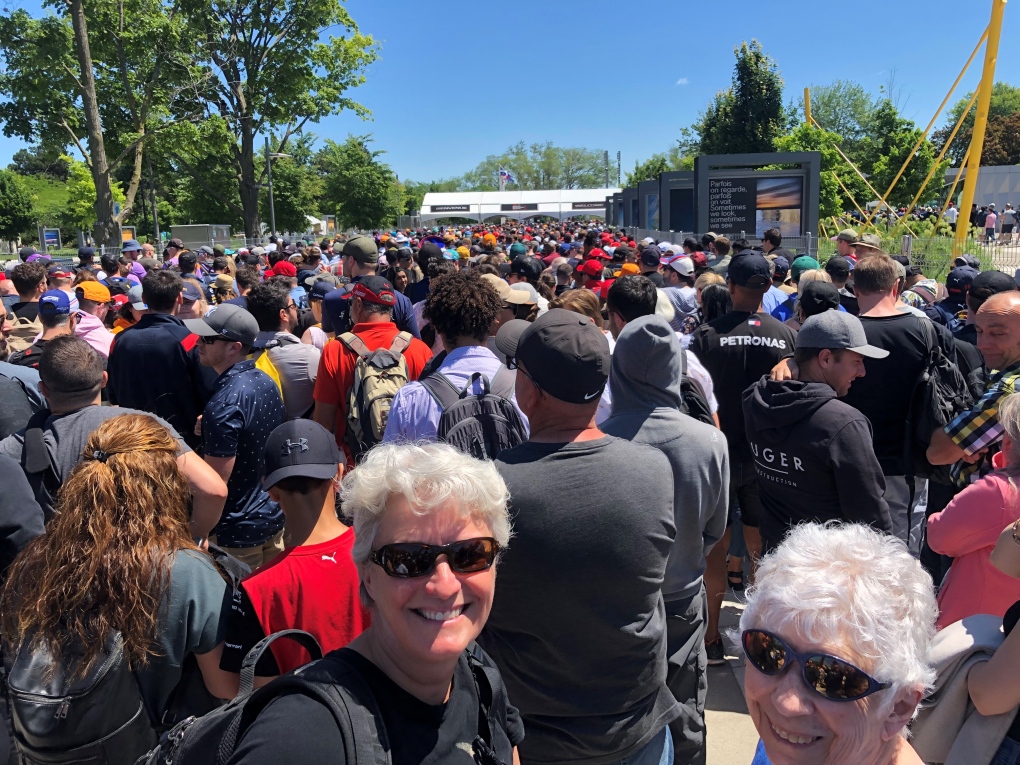 Kathy Hare and Sheila Hare making their way through the crowd at the Montreal Grand Prix. (Provided)

Recently, Sheila decided it was time to pull out her bucket list. She was ready to enjoy some adventures, and her trip to the Grand Prix was the first of many.

"It was just an incredible experience," she said.

And she’s planning more experiences—a trip to Dawson City and a journey north of the Arctic Circle.

And in our race against time, that’s reason enough.

A fire ripped through a packed Coptic Orthodox church during morning services in Egypt's capital on Sunday, quickly filling it with thick black smoke and killing 41 worshippers, including at least 10 children. Fourteen people were injured.