A cloudy day after a 21 cm dumping of snow 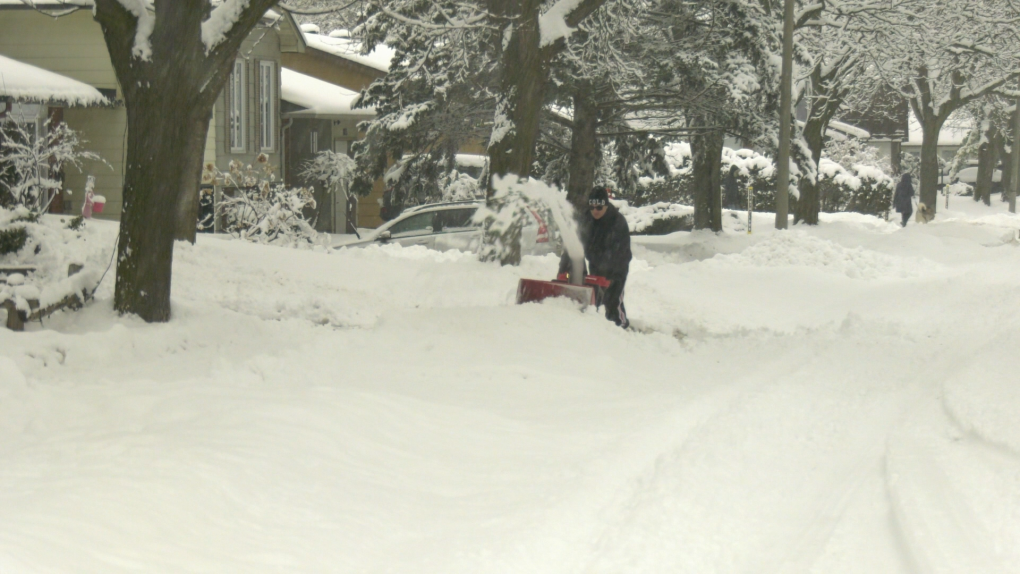 OTTAWA -- A cloudy sky will hang overhead as Ottawa cleans out from a blast of winter weather.

Environment Canada says 21 cm of snow fell on Ottawa on Saturday. The City's road crews have been out clearing the snow. A winter street-parking ban that was in place since 7 p.m. Saturday was lifted shortly after 7 a.m. Sunday.

In Sunday's forecast, no major snowfall is expected. Some periods of light snow are expected until noon and after that, just a cloudy sky lingers, with a high of 0°C and a wind chill of minus 8.

Expect an overcast sky tonight, with a low of minus 13°C overnight.

On Monday, a few sunny breaks are in the forecast but it will otherwise be cloudy with a high of minus 5°C.

Cooler temperatures move in on Tuesday. The forecast includes a 40 per cent chance of flurries and a high of minus 10°C.

Wednesday's outlook calls for a mainly cloudy sky, a 30 per cent chance of flurries and a high of minus 11°C.