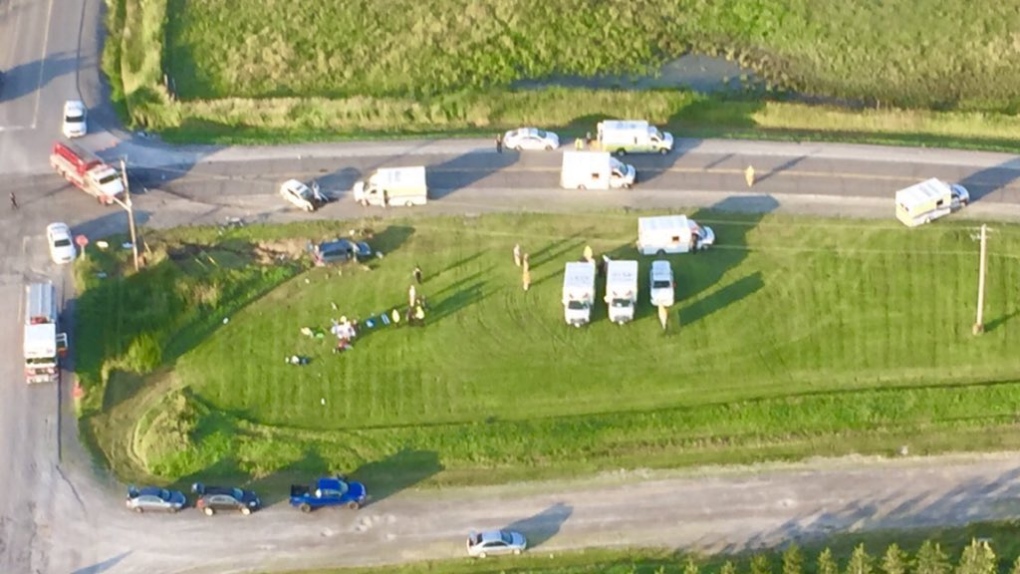 Paramedics were called to Upper Dwyer Hill Road at Panmure Road at 6:22 p.m. Tuesday for a collision between a car and a minivan.

They say the patients are a mix of adults and children. Six of the seven patients were in the minivan.

One of the children had to be airlifted to CHEO. Three other children and the three adults were taken by ambulance.

In addition to Ornge and Ottawa Paramedics, Renfrew and Lanark County Paramedics also responded to the scene.