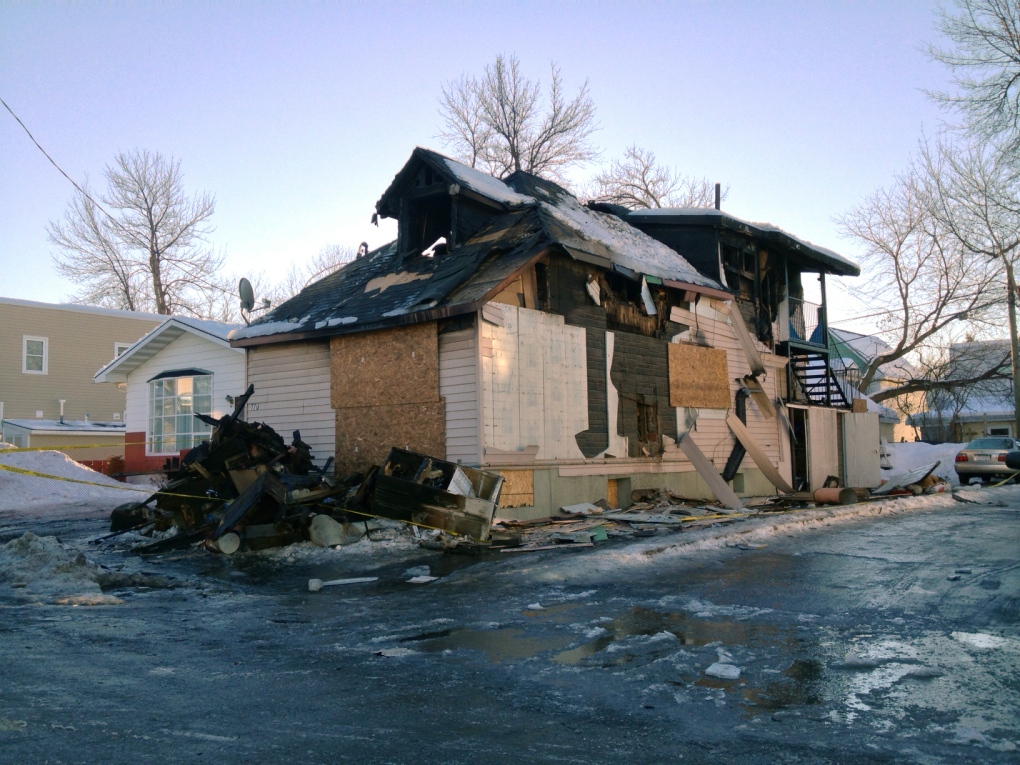 Fire Destroys Home on Montfort Street. The fire was caused by accident with a welding tool.

Seven people are homeless after a fire destroyed a multi-unit home in Vanier Wednesday evening.

An additional four people from a neighbouring home will be displaced for the night because hydro has been cut off to their home.

Fire crews were called to the home on Montfort Street around 5:30 p.m.

"We tried to make an aggressive attack at the beginning and the heat and smoke were just too much and then once it gets in the roof like that…” said District Fire Chief John Simpson. “This is an older structure, lots of hidden spaces, it just took off on us but we've got it under control now.”

Neighbour Carol Rhude said seeing so many fire trucks on her street is unsettling.

“Flames were shooting out of the top of the house here it was fully engulfed in flames, very scary,” Rhude said. “I've never seen a fire like that.”

One dog and four cats were rescued.

Neighbours say it started toward the back of the home and spread quickly.

Meryem Nadak lives next door to the home. “They're really nice, and they have really great personalities,” she said of the tenants. “I feel kind of sad for them.”

“These people are sad, they've lost everything,” Rhude said. “It's not a high-income neighbourhood."

“Everything can be reimbursed, furniture, everything, but life is something once it’s gone, it’s gone.”

Fire officials believe it may been started accidentally by a worker who was soldering metal.