7,000 pumpkins set to light up the night at Pumkinferno

7,000 pumpkins set to light up the night at Pumkinferno 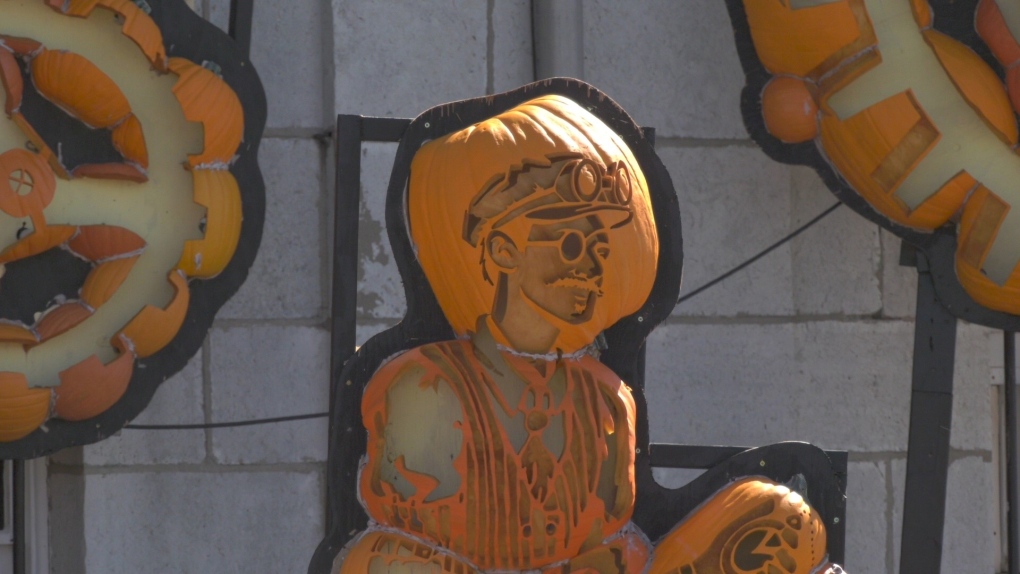 Pumpkinferno will run from Sept. 30 to Oct. 31 at Upper Canada Village in Morrisburg and at Fort Henry in Kingston. (KImberley Johnson/CTV News Ottawa)

It’s officially fall, and that means Pumpkinferno is making a return.

Seven thousand artificial pumpkins have been carved and will be lit up each night until Halloween for visitors to see, walk through and interact with.

This year, Pumpkinferno can be found in two locations; at Upper Canada Village in Morrisburg, and within the walls of Fort Henry in Kingston. The tourist attractions are both part of the St. Lawrence Parks Commission, which puts on the fall events.

Displays this year include dragons, rocket ships, and trains. However, Geoff Waycik, the director of historic sites with the St. Lawrence Parks Commission, says there are also new displays like one dedicated to superhero comic books.

"Our carvers' imaginations are endless and there’s really cool things that are immortalized in pumpkins," he explains.

There are 30 per cent more pumpkins over last year, according to Waycik.

"We’ve just added and added," he says. "We had to add to so much we’re actually spilling out into places we’ve never been before [in the Fort]. Just about every square foot is covered in pumpkins now. Bigger and better than ever."

The gates open to the public on Friday, and Pumpkinfero runs until Oct. 31. Tickets can be purchased online.

In what researchers are calling a scientific breakthrough, scientists behind a new study may have found the biological reason we get more respiratory illnesses in winter. It turns out the cold air itself damages the immune response occurring in the nose.

opinion | How to get the increased GST tax credit

To help combat inflation and help lower- and modest-income families, over the span of six months, Ottawa is issuing an additional one-time GST tax credit to eligible taxpayers. Personal finance contributor Christopher Liew breaks down who's eligible for the increased GST credit, explain how to get it, and how much you could receive.

Amid a shortage of firefighters across Canada, the Canadian Association of Fire Chiefs (CAFC) is calling on the federal government to address the grave impact these shortages will have on vulnerable communities.

While the federal government was successful in procuring COVID-19 vaccines amid an urgent pandemic situation, the Public Health Agency of Canada (PHAC) fell short when it came to minimizing the number of doses wasted and now millions are about to expire, according to Canada's auditor general.