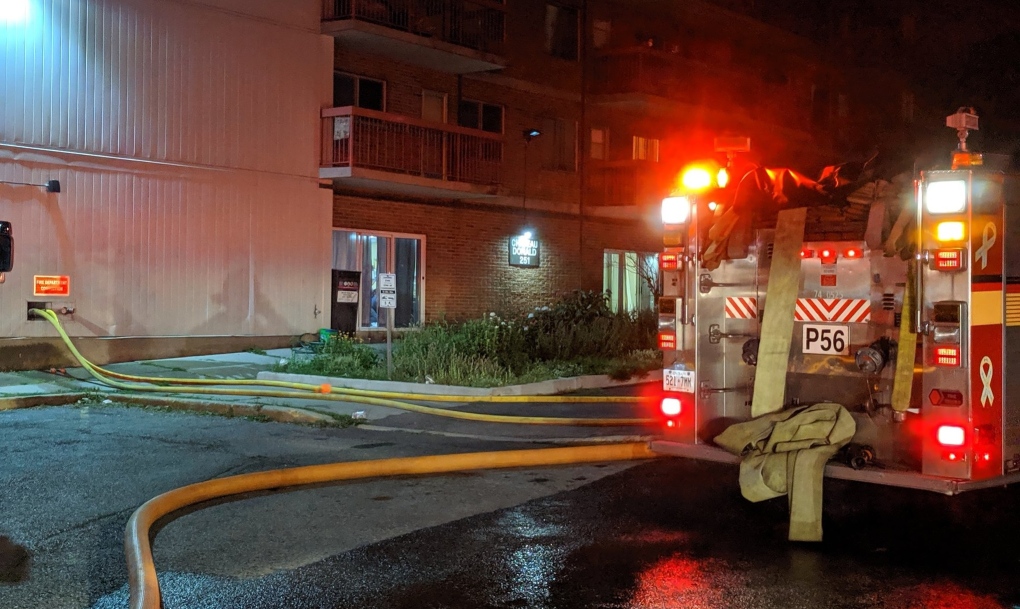 Ottawa Police confirm a 63-year-old man has died following a fire at an apartment building in Overbrook.

The fire broke out in a 14th floor apartment at 251 Donlad St. at around 2:30 a.m. Witness video shows flames bursting through a window near the top floor.

Firefighters had the blaze under control around 3:10 a.m., but say the entire 14th floor will be displaced, with 20 people being assisted by Victims' Services.

No word yet on the cause of the fire, or the cost of the damage.

A fire tore through the same building this past December, also displacing several residents.

Ottawa Community Housing, which owns the building, says the displaced residents have been relocated.

Update: Fire at 251 Donald St. Tenants on the 14 floor have been temporarily relocated. One tenant sent to hospital. We thank @OttFire for their quick response. Our staff and partners are on-site assisting tenants. More to come. #ottnews pic.twitter.com/SyjEhbnyLf

The victim, who has not yet been publicly identified, has been described by neighbours as a pleasant, and helpful man, who lived alone.

Ottawa Police confirm a 63 year old man died in hospital after a fire on Donald Street. The man lived alone on the 14th floor. Neighbours says he was a pleasant man who helped. others in the building. @ctvottawa @CFRAOttawa pic.twitter.com/sWv1jAlriU