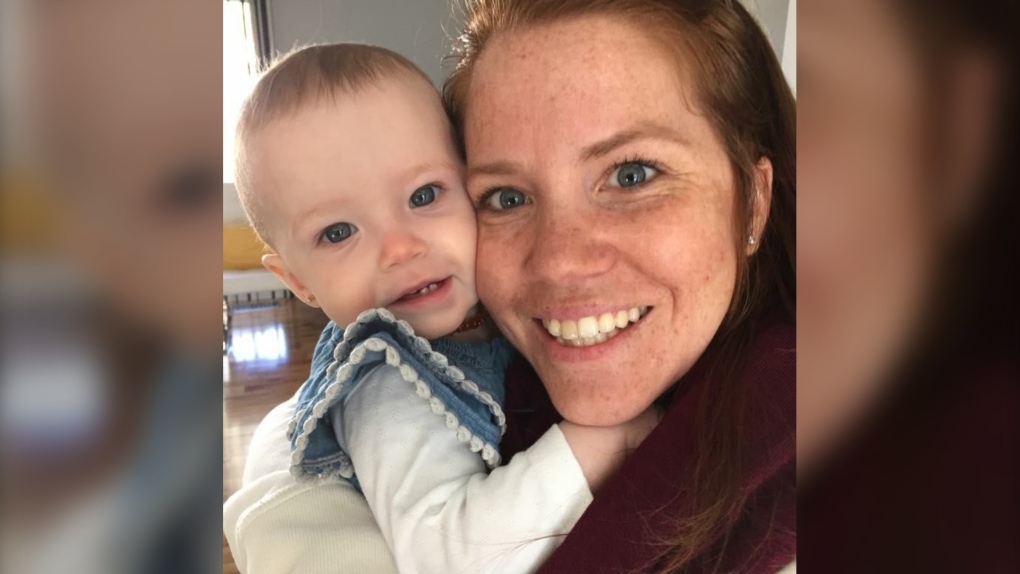 Sophie Leblond Robert suffered a stroke at the age of 35 June 15, 2020 and is now diagnosed with locked-in syndrome. (Photo courtesy of Robert family)

OTTAWA -- Fundraising efforts are underway for a 35-year-old Barrhaven mother of two, who suffered a debilitating stroke last week.

Sophie Leblond Robert is now diagnosed with Locked-In Syndrome; a condition in which she is aware of her surroundings, but cannot move or communicate because nearly all of her muscles are paralyzed.

According to her family and friends, an MRI suggests she has significant damage at the brain stem, meaning it is likely she will be paralyzed for the rest of her life.

Her husband, Martin Robert, was too emotional to speak, but wrote CTV News Ottawa saying, “A positive outcome for us would be able to have her come home and be with her family regardless her condition.”

The mom of two young girls has pneumonia and is currently in stable condition in hospital awaiting further results.

“We're waiting on new MRI results … but only time and her willingness to fight will tell how things go in the future,” says her husband.

Friends have organized a GoFundMe page, in the hopes of raising money for the family.

Francine Boily is one of the organizers and says the funding will help cover day-to-day expenses.

“They’re now down to a one-income family, so that puts a lot of strain on Marty as well. The funds will be going to any which way can help them out,” she said.

Boily is hopeful that Sophie will recover.

“She just has such an outgoing-bubbly personality and she’s definitely a fighter; she’s the one that could pull out of this, if there’s any way to get out of it - she’s the one to do it. She’s so, so strong; and such a loving mother and wife, we’re all praying and hoping that she recovers well from this.”