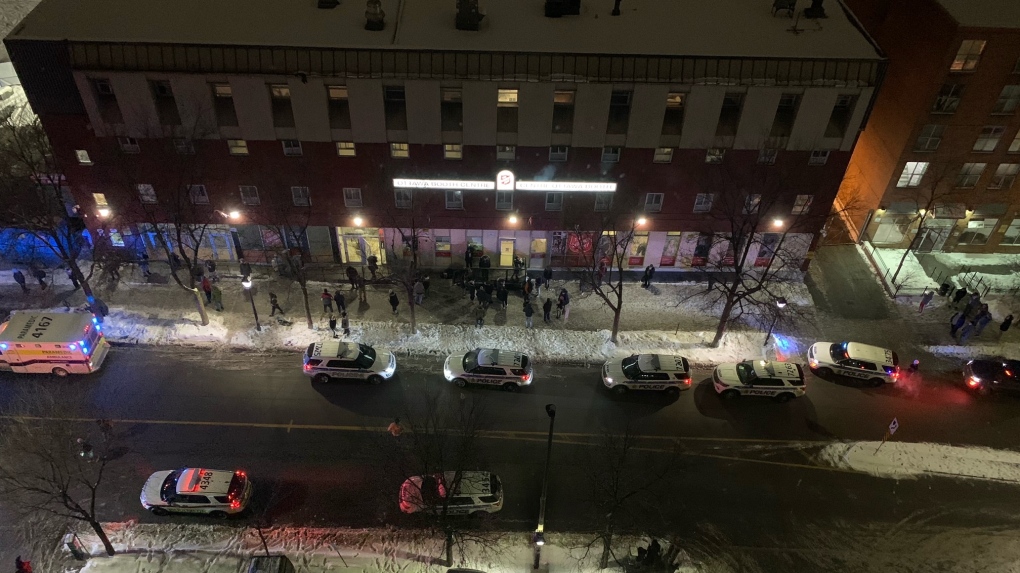 OTTAWA -- A 33-year-old man is facing charges in connection to a stabbing at a downtown Ottawa shelter that sent four people to hospital.

The stabbing happened just before 9 p.m. Wednesday at the Salvation Army Booth Centre at George and Cumberland streets.

The victims are staff members and clients at the Salvation Army Booth Centre.

In a media release Thursday morning, Ottawa paramedics said a 30-year-old man was in critical condition suffering from a 'penetrating trauma' to his chest and an arm.

David Breau, 33, of no fixed address, is charged with four counts of aggravated assault, four counts of assault with a weapon, possession of a weapon for the purpose of committing an offence, two counts of breach of probation and fail to comply with a release order.

The suspect is scheduled to appear in court on Thursday.

Wednesday evening, officers were seen going inside the Salvation Army as part of the investigation. There is also police tape surrounding the front of the building.

Police were at the scene starting around 9:15 p.m. An image captured by a CTV Ottawa viewer shows at least eight emergency vehicles, including an ambulance.

A statement from the Salvation Army says Ottawa police were called as an incident was unfolding at the Ottawa Booth Centre location.

"Our team is actively assisting Ottawa Police Services with the ongoing response and investigation... Our thoughts and prayers are with everyone involved," the statement said.