Thousands of handmade wreaths, meant for a ceremony to honour fallen servicemen and servicewomen at Beechwood Cemetery in Ottawa, have been stolen.

6,024 wreaths were to be placed on veterans' headstones this upcoming Sunday. Approximately 3,000 were taken from a rural area just outside of Maxville, Ont. this past weekend.

“We come back early on Sunday morning and out of 5,000 wreaths wrapped, there’s 3,000 wreaths missing. Someone has come and taken an entire load,” says Bob Tessier who, along with his father and others, have been making the wreaths from wild grape vine.

“We’ve been wrapping wreaths for almost two weeks,” he says, “A complete distraught, distracted, shocked moment, to even fathom the idea that somebody would do that.”

“Heartbreaking, it was heartbreaking; no concept of how much work and how much love is going into every one we make,” says Tessier’s father, Bob Tessier Sr. “It’s for fallen soldiers; it’s not just a Christmas decoration.”

The wreaths are unique, made from interwoven wild grape vine. 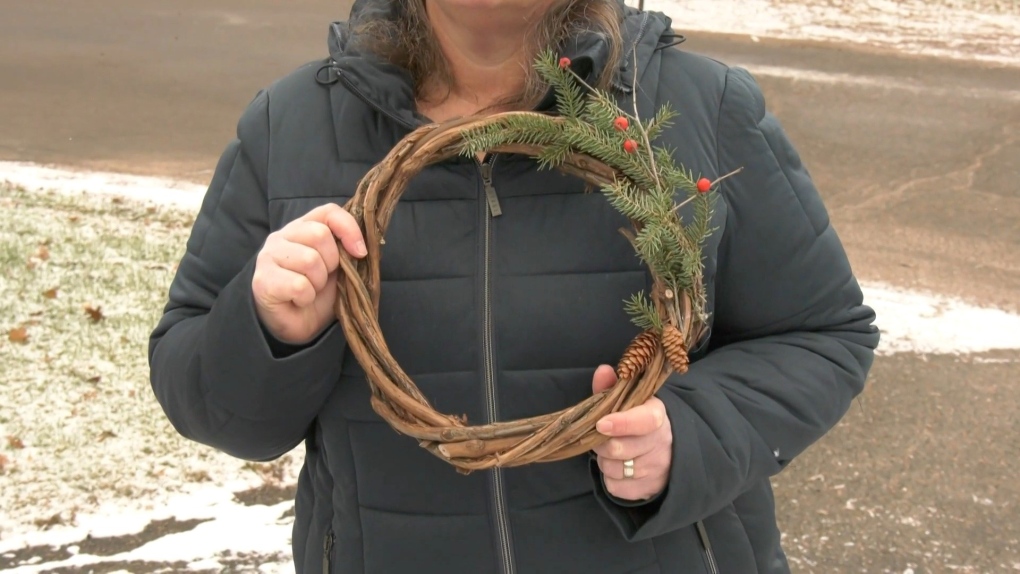 An example of a finished wreath, meant for the National Military Cemetery in Ottawa. Approximately 3,000 wreaths missing their final decorations were stolen this past weekend from a rural property in Maxville, Ont. (Dylan Dyson/CTV News Ottawa)

The ones that were taken are missing their final decorations.

“They’re very distinct in how they are made. They’re very different than other grapevine wreaths. If you see them, please let the OPP know,” says Cyndi Mills, president of Wreaths Across Canada, the organization that commissioned the wreaths.

“If you have taken our wreaths, we want them back. Figure out how—take them back to the farm, drop them in a park and call Crime Stoppers—we just want them back.”

Mills says the stolen wreaths are worth about $25,000, and a report has been filed with the OPP.

The hope is to get the wreaths back, but the plan now is to make as many as possible before the weekend, with a goal of 4,000, says Tessier.

As for whoever took them, Tessier says, “Let God be your judge. It’s not my place. I don’t have any words for them.”