21,344 potholes and counting: Ottawa deploys crews to fill the holes on city streets 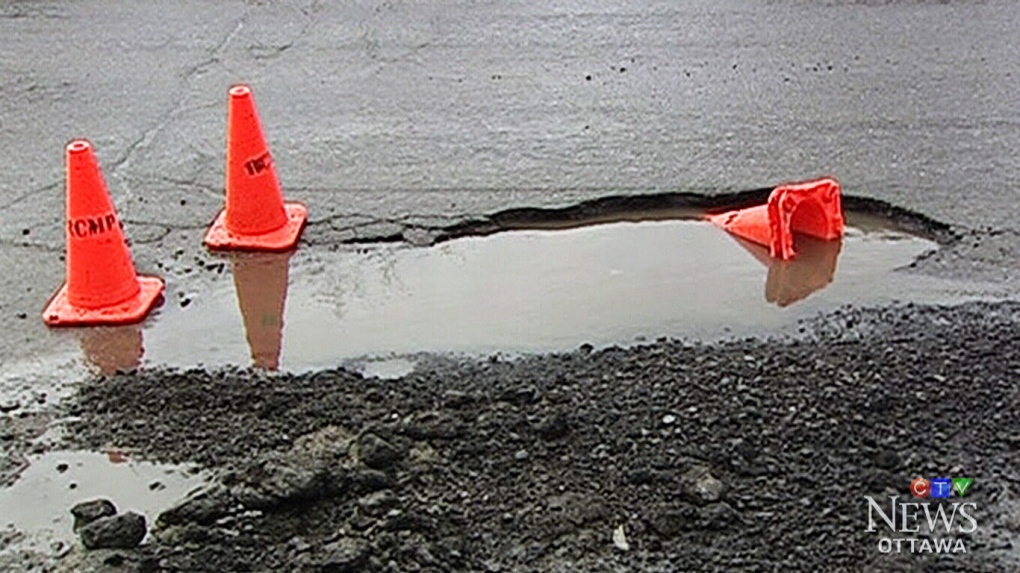 OTTAWA -- City of Ottawa crews have filled fewer potholes than at this time last year, but crews are taking advantage of this week’s spring-like weather to catch up.

Crews have filled 21,344 potholes across the city since Jan. 1. During the same period last year, 32,953 potholes were fixed on Ottawa's roads.

"The number of potholes filled year-over-year can vary depending on significant differences in weather conditions and winter snow/freeze/thaw events," said Alain Gonthier, the city’s director of roads and parking services.

The city says all available crews have been deployed to fix potholes across the city.

Gonthier says the city regularly tests new approaches, technology and best practices to find the "most effective ways" to deal with potholes.

In 2019, the city launched a pilot project using the Python 5000, a machine that speeds up the pothole repair process. Two machines were used to repair roads damaged during winter and the freeze-thaw cycles.

"Based on the results of the Python 5000 pilot project, the city is planning to continue to contract these units out to complement its current work during the peak pothole season in the spring," Gonthier said in a statement to CTV News Ottawa.

Motorists who notice potholes and other road maintenance issues can report them online at Ottawa.ca.

Potholes are an issue on Ottawa roads every spring following harsh winter weather.