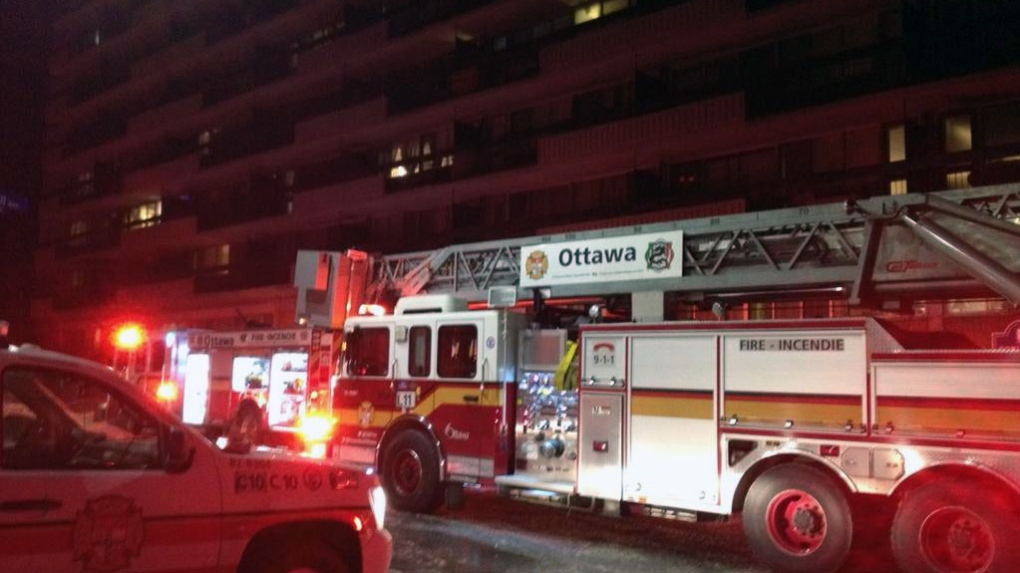 Ottawa Fire officials say approximately 20 people will be displaced after a blaze broke out in a high-rise apartment building in the Dow’s Lake area.

The fire broke out in a unit on the 11th floor just before 5 p.m. Friday.

The building was evacuated and OC Transpo busses were brought in to keep residents warm while firefighters tackled the flames.