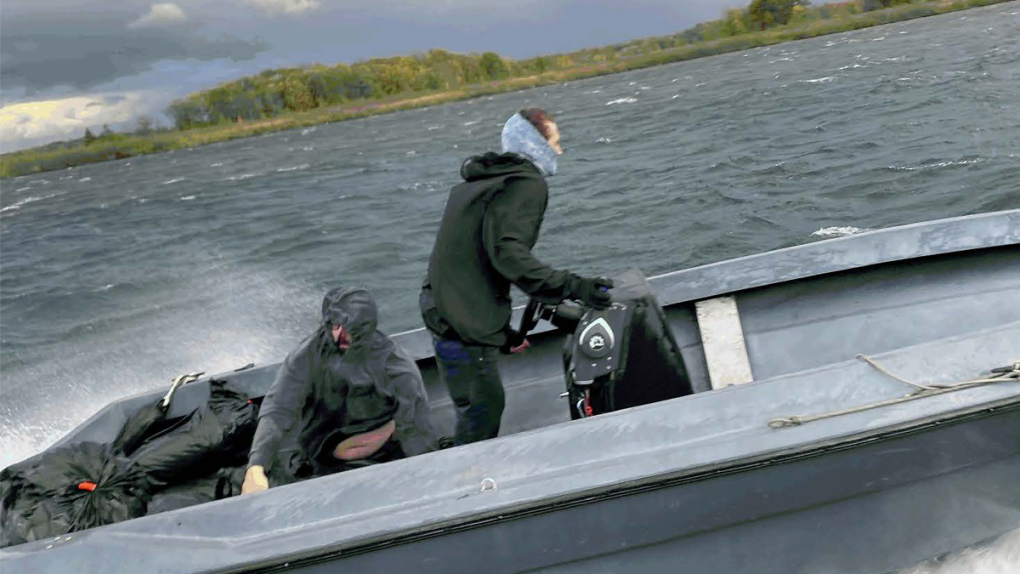 OTTAWA -- The RCMP is searching for two suspects after 20 garbage bags full of contraband tobacco was thrown into the St. Lawrence River near Cornwall as police approached a vessel.

In a statement, the RCMP says at approximately 6 p.m. on Oct. 7, the Akwesasne Mohawk Police Service SAVE Team attempted to conduct a vessel stop in the Fraser Point area after noticing it was loaded with several black garbage bags.

"The vessel failed to stop for police and the two occupants were observed throwing the garbage bags into the river as the vessel was speeding away from police," said the RCMP in a statement.

"The vessel and its occupants fled the area and headed west towards the Akwesasne Territory."

The 20 bags of contraband tobacco were recovered and turned over to the RCMP for further investigation.

The RCMP says the suspect vessel was described as a grey-blue Hydro Yacht bearing hull number AKW450 and had one single white 300hp Evinrude outboard engine.

Anyone with information is asked to contact the RCMP Cornwall Detachment at 613-937-2800.