MORRISBURG, ONT. -- There are no smart phone apps or digital machines used at the Union Cheese Factory at Upper Canada Village (UCV), as 19th-century cheddar cheese is still being produced the old-fashioned way.

"It takes a full seven to eight hours of the day," Cheesemaker Kim McLean said. "The milk comes in at around 7:30 in the morning; we add our starter, start the fire, and try to get it up to temperature."

The village works with a local dairy producer for the milk, and once the 900 pounds is heated, it begins to produce curds and whey.

McLean along with one other worker then begins to separate the two.

"We don't have state-of-the-art equipment," McLean noted. "We have to use equipment that is up to health code standards, but we still do it the 1866 way: manual labour, fire, double boiler, sweat and tears."

The left over curd is then stacked and cut and put in a press overnight to sit. 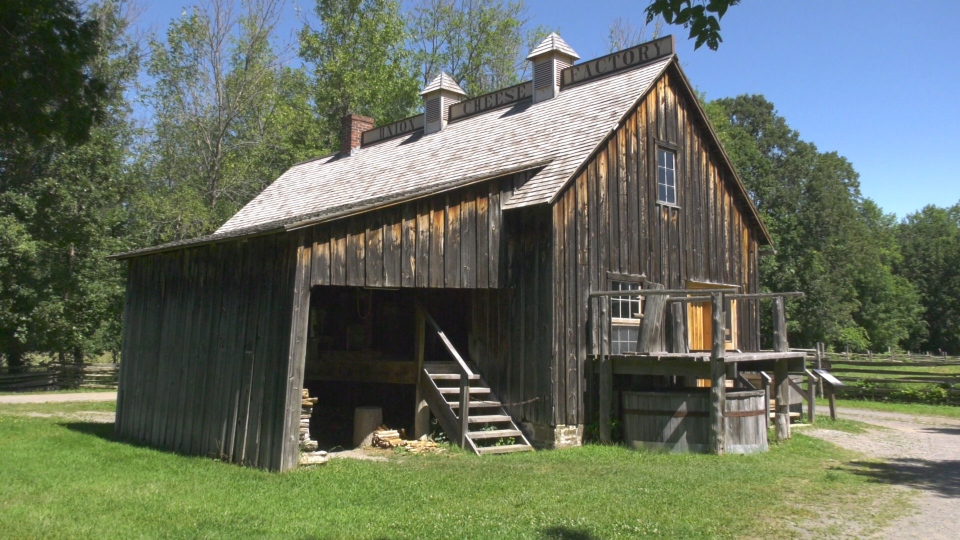 The 900 pounds of milk they started with is able to produce one, 90-pound wheel of cheddar.

"I'll be in first thing in the morning, I take it out of the press and the farmhand comes and picks it up to take it off-site to age," she said.

The entire process, wowing guests to the village who wander in and out of the factory throughout the day.

"They have no idea, the shock of 900 pounds of milk turning into a 90-pound wheel of cheddar cheese, you don't really think about how much milk it takes to make the cheese," said Upper Canada Village Manager Tracey Ogilby.

She says during the 1990s, the factory had to shut down in order to bring the entire process up to Health Canada regulations.

"The way we do it, open vats, visitors walking into the building and have access to looking in those vats, the type of metal that was used in the vats, all had to be changed," she said.

"So we worked closely with OMAFRA (Ontario Ministry of Agriculture and Rural Affairs)," Ogilby said. "It took about six years to get our license back to be able to make the cheese that we do now and keep it as similar as possible to the 1860s."

Now everything is inspected regularity every year by the Eastern Ontario Health Unit.

The cheese-making team also doles out historic stats to visitors as they watch the process, like in 1867, more than 1.4 million pounds of cheese was exported from Canada, with 93 per cent of it headed for Great Britain.

Once the 90-pound wheel is ready, it takes another eight weeks before it can be sold. So the cheese for sale in the gift shop on site, is cheddar that was made back in May.

"The longer we keep it the older the cheese gets," noted Ogilby. "We sell mild which comes about this time of the year, and it goes from medium, old and then extra old."

The cheese is also used at The Village Cafe, along with fresh bread made on site, for gourmet grilled cheese sandwiches. 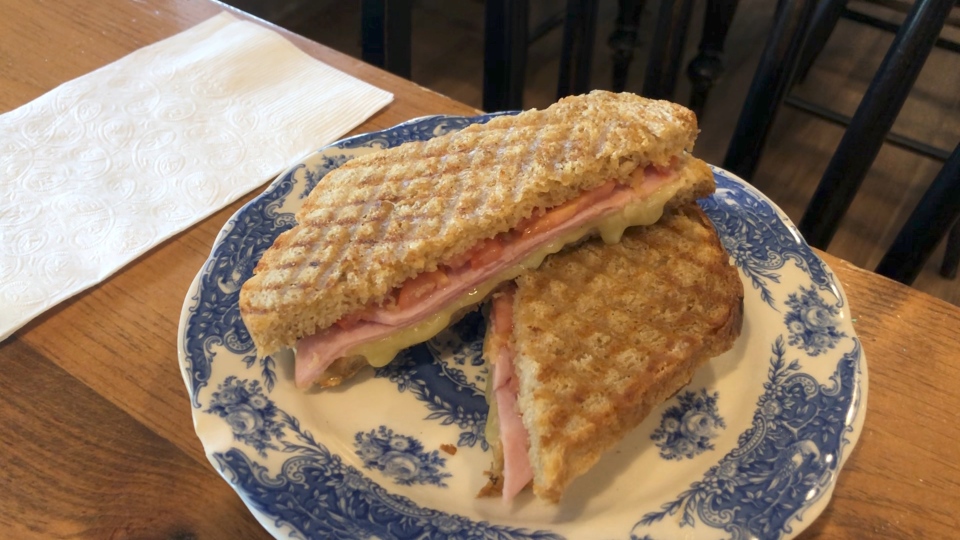 "People are quite in awe on how we still do it this way," McLean said. "A lot of people have a lot of questions that we answer and they are quite pleased with the information. They leave with and then they rush to the store and buy the cheese and bread and enjoy it."

McLean is also the first women cheesemaker in UCV history, something that would have never happened in 1866.

Today, she oversees the only place in Ontario keeping the 19th century cheese-making tradition alive.

"I'm glad that I can be a part of this," McLean said. "Being the first female cheesemaker here has been quite a treat and I hope there is many more years to come."