OTTAWA -- An Orléans farming family has finally solved a mystery, six decades in the making.

Bernard Perrault's brother John found an old cross buried in their land in Orléans in the 1950s. Now, in 2021, some modern methods helped uncover the whole story.

The cross, made of forged iron, has been in the Perrault family since its discovery, but they've always known they weren't the original owners.

“It had been in the ground for 100 years,” said Irene Perrault. “In 1958, Bernard’s younger brother John was planting strawberries on the family farm by the barn with his dad.”

That’s when they stumbled across the artifact.

“John felt something under the ground,” said Bernard. “So he put his hand and he could feel something heavy there. So he pulled this thing out and it was the cross.”

John Perrault was seven years old when he found the cross. Not knowing exactly what they found, the Perraults decided to hold onto it.

“They said, okay, well we’ll keep it and store it in the bee house and that's a good spot to keep it until we figure out who it belongs to or if we can find out what’s written on it,” said Bernard.

“There were letters on it, but they couldn’t make it out. It was very unclear,” said Irene. 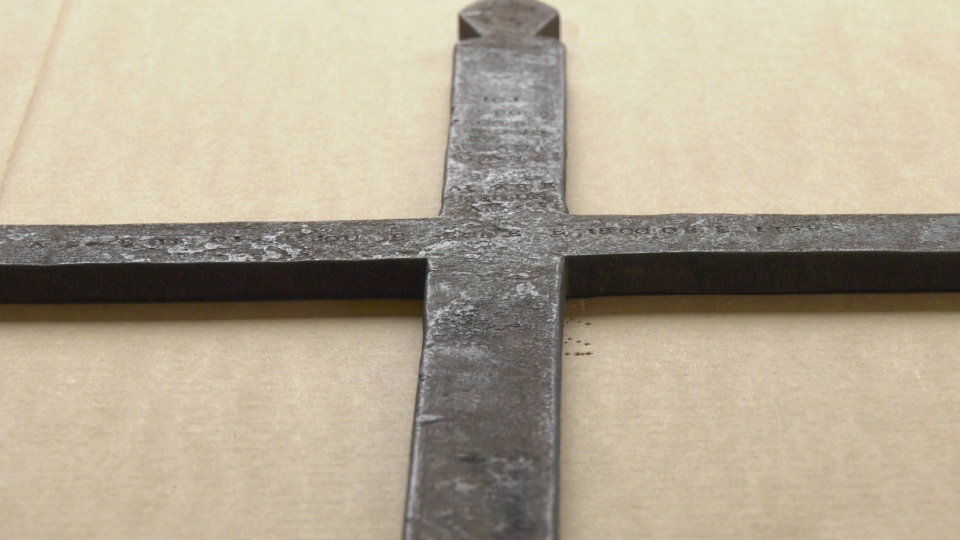 It took a combination of elbow grease and the internet to solve the mystery. A cleaning revealed an inscription. Written on the cross in French were the words, "Here lies the body of Honoré, son of Amable Beau… Died October 18, 1858."

Bernard and Irene couldn't make out the last name beyond the letters B-E-A-U but, with what they knew, they started their online search.

Eventually, they matched the name Amable with the last name Beauchamp.

“I went onto Ancestry, saw Amable and all his information and one of the contributors (to the Ancestry page) was Helene Whissell,” Irene explained.

Irene contacted Whissell to explain what the Perraults had found.

Whissell was, in fact, a descendent of the cross's original owner and, just days ago, was gifted the cross by the Perraults. 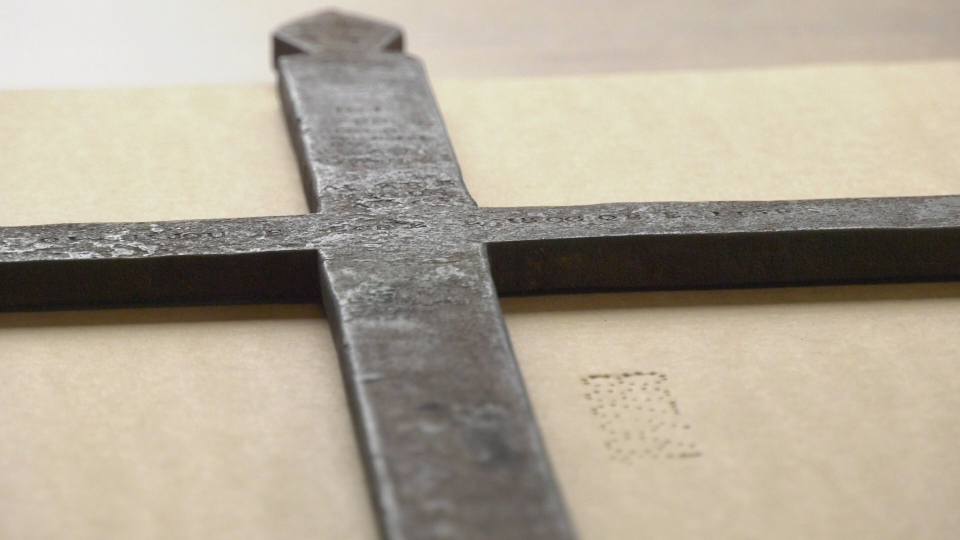 After all this time, the 163-year-old cross has finally found its way back to its rightful owners thanks to the Perrault family and their countless hours of detective work.

“I’m going to try and organize a family gathering and show the cross and explain everything,” says Whissell, “so that people can actually see this. It’s part of our history.”

And not only did the Whissells find a family heirloom, they found new friends.

“There is a connection now between the two families. It’s 'forged' a friendship,” laughs Whissell.