140-year-old bible returned to an Ottawa family, weeks after it was found in Calgary 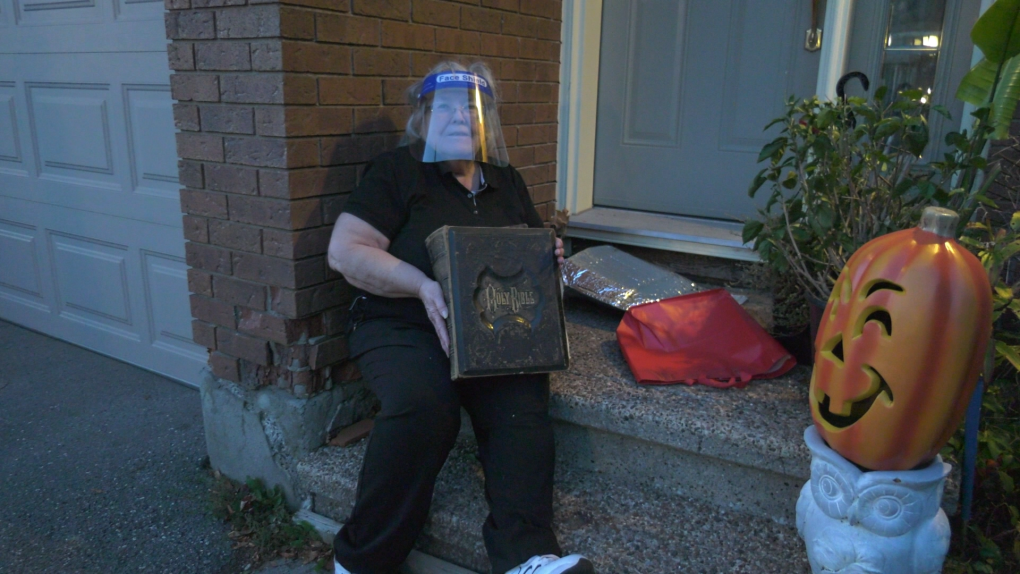 Bonnie Donovan holds a bible that was found in Calgary, but belonged to an Ottawa family. (Shaun Vardon/CTV News Ottawa)

OTTAWA -- When Karen Ryan arrived in Ottawa, she had a very special delivery to make.

After travelling thousands of kilometres, Ryan returned a once lost piece of a stranger's family history.

After seeing a story on CTV News Ottawa about a bible that found in Calgary with Ottawa roots, Ryan got in touch with Bonnie Gerard, who had obtained the bible while assisting one of her clients downsize. Ryan offered to bring the bible to Ottawa, if Gerard was able to find the family.

Gerard, who is a professional organizer, was amazed at what she had come across. She decided to make it her goal to reunite this bible with its rightful owners.

"My client's family had it in their house for an undetermined abound of time. They had found it and they weren’t really sure where. It was somewhere in Calgary in an abandoned home," Gerard said. "I did not want to sell it, I wanted to find the family to whom it belonged”

Ryan was honoured to carry this precious cargo back to Ottawa, where it started as a gift to a woman named Sarah Rothwell (nee Sheppard)  from her husband John Rothwell in 1882.

"I carried it on and did not want to check it so we held it and put it right by my feet," Ryan said about flying from Calgary to Ottawa with the bible. “And it all worked out.”

As Ryan was heading from the Ottawa Airport to deliver her precious cargo, Bonnie Donovan was waiting at her home in Barrhaven to receive the long lost piece of her family's history. Donovan had sent Gerard a copy of her family tree, which unlocked some key secrets regarding the origins of the bible.

"It started in Merrickville, moved to Ottawa, moved to Calgary," Donovan said. "All the people across Canada who got involved in finding who it belonged to, flew it here and now it’s going to North Bay where it starts a new life."

Instead of keeping the bible, Donovan will pass it on to cousins in North Bay.

There are more than 20 direct descendants of Sarah Rothwell still living and who until recently had no idea their great-great grandmothers bible was headed home, where three more generations of Sarah’s family look forward to learning about their past.