Ottawa Bylaw officers issued 30 parking tickets and had eight vehicles towed out of the downtown core on Sunday, the final day the motor vehicle control zone remains in effect.

The control zone, aimed at preventing another convoy-style occupation near Parliament Hill, came into effect at 8 a.m. Wednesday in preparation for Canada Day celebrations and possible protests. While roads remain open for traffic, vehicles participating in protests are prohibited and there is no parking or stopping in the area.

In an update on Sunday afternoon, Ottawa Bylaw said since 8 a.m. Wednesday, officers have handed out 513 parking tickets – 186 tickets on Saturday and Sunday – and towed 121 vehicles.

Six tickets have been issued for encumbering the highway, one ticket for "pile material on highway" and three tickets for unlicensed mobile refreshment vehicles.

Bylaw Services says three tickets were issued for the unauthorized use of fireworks, while one ticket was issued for public urination.

"We thank all residents and visitors who celebrated Canada Day while respecting Ottawa residents and laws," Bylaw Services said on Twitter Sunday afternoon.

"We were better prepared, we had more police officers at the right time we needed them from different police services and at the end of the day I think what we did was make sure there was a police presence but we also were very firm with applying the rules," Watson said.

The motor vehicle control zone stretches from Colonel By/Sussex Drive in the east to Booth Street in the west, and Wellington Street in the north to Laurier Avenue in the south. The control zone also includes the Sir John A. Macdonald Parkway east of Parkdale Avenue.

It will remain in effect until 6 a.m. on Monday. 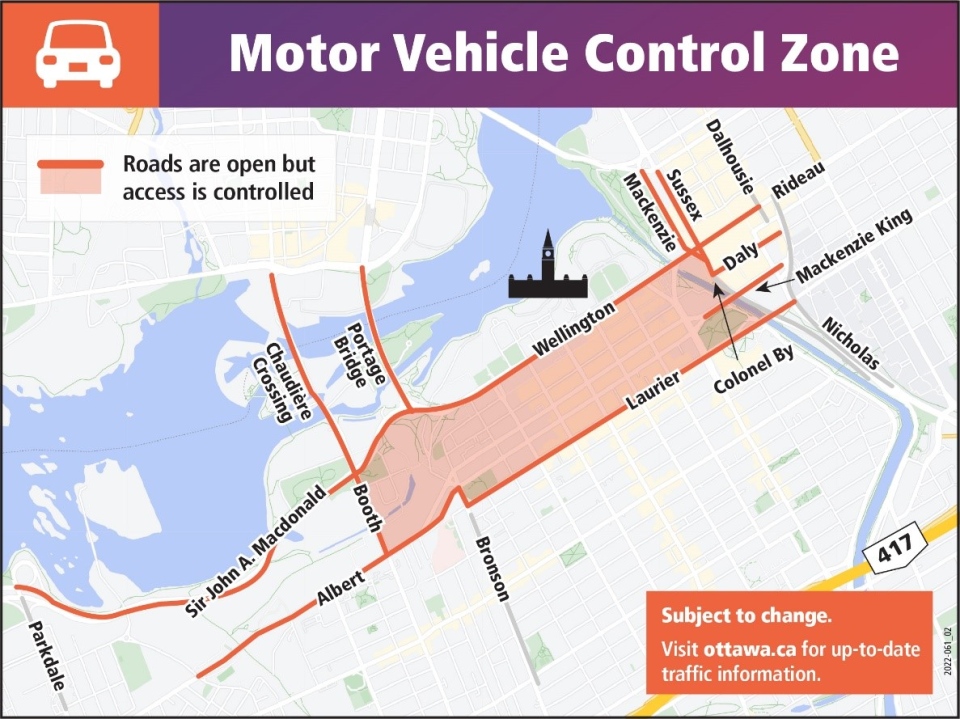